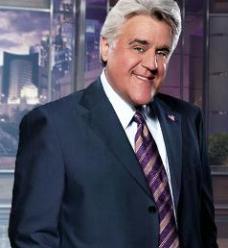 Conan O’Brien’s kiss-off letter to NBC is going to make him a hero, not only to people who started off loving him (and watching him!) and not only to creative types sick of being pushed around by The Man. It’s because he’s been cast as the underdog here, unfairly subject to the failings of Jay Leno both as a stand-alone 10 p.m. show and as a crappy lead-in for the Tonight Show.

Conan’s statement is funny, but principled and resolute, and this will only add to the popular support he’s received as this story has unfolded. It will also add to the Leno backlash.

The Leno backlash has been furious. Despite the fact that he was number one for years in that spot, he seems to have virtually no one on his side. “Team Conan” is now to be everywhere (40,500 results in Google to a whopping 36 for “Team Jay“). There is already an TeamConan on Twitter, and both “Team Conan” and “#TeamConan” are now trending huge on Twitter. Conan won TMZ’s “Team Jay or Team Conan?” poll 60-40%;   our poll, which asked readers to focus on business, not loyalty, went to Conan by an even wider margin at 69% – 31%. Comedian Patton Oswalt thinks Leno is uncreative and doesn’t deserve the spot; even the most cursory of Twitter scans will turn up plentiful, scornful calls for Leno to go away. Even Jerry Seinfeld, who came out in favor NBC, came out in favor of NBC. not Leno. And notably, O’Brien’s letter mentions fairness to Jimmy Fallon and a shared history with David Letterman, but has no kind word for his predecessor.

Leno has GOT to know this. And he’s got to be very, very unhappy about it.  He certainly seems unhappy with it, based on the three shows he’s done since the news broke. Right at the top, in his show on Jan. 7th,  he made it clear that this was not his choice and he was not happy (and he was the first one to invoke Fox with “I hear Fox is beautiful this time of year”).  As the story unfolded, Leno refused to accept the spin that it was a “move” rather than a cancellation — and refused to accept the role of the person benefiting from it all (“To be fair, NBC is working on a solution they say in which all parties would be screwed equally”). Last night, he made his contempt for NBC even more clear, and again cast his lot in with the underdogs (“Supposedly we’re moving to 11:30, but even this is not sure. See, my people are upset, Conan’s people are upset. Hey, NBC said they wanted drama at 10—now they got it!”).

Everyone has spent the past few days wondering, what does Conan want? But the other question that no one has asked is, what does Leno want? He has made the point repeatedly that he left late night at number one — does he really want to come back like this? Does he want to have to fight back against Letterman, fight against Conan at another network, be cast as the bad guy in this drama in which by all accounts, the nervous, trigger-happy suits at NBC are the ones to blame? He’s got money, he’s got fame, he’s got a legacy and he went out at the top. Why on earth would he want to go backwards, with an added plus of being hated for it?

He doesn’t. That’s why he has made it so very clear that this was not his move, this is not what he wants, and it’s definitely not his fault. But that doesn’t matter, because there can only be one hero here, and that’s Conan. Ironically, in dismantling and destroying their late-night franchise, NBC has undermined their star, their hero who was supposed to save the day, who has now been cast as the washed-up has been for whom it wasn’t enough to just fail once.

And that’s what NBC is left with: Thanks to their terrible judgment and collosal lack of vision, they’ve built up the guy they’re kicking out the door and torn down the guy coming in. Way to save late night, you idiots.

Related:
Conan Wins the Hearts and Minds of the Internet [Mashable]

Here’s Leno’s monologue from last night. Seem like a fan of NBC to you?