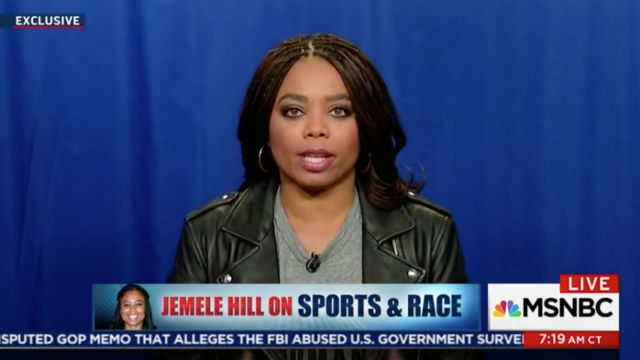 Jemele Hill is leaving ESPN, according to reports.

The move was first reported by author James Miller, the author of a book on ESPN. The New York Post reported that a “buyout of her reported $2.5 million per year contract has been completed and her last day will be Friday, according to sources.”

The former host of SportsCenter made headlines last year when she called President Donald Trump a white supremacist after Charlottesville, sparking a war of words between the two.

Hill was later suspended from ESPN in October 2017 after suggesting an advertiser boycott of the Dallas Cowboys over owner Jerry Jones‘ criticisms of player protests.

In February, she left her high profile hosting gig of SportsCenter, to write for ESPN’s vertical The Undefeated, which covers sports, race and culture.

The Post reported that Hill’s departure from ESPN has a simple explanation: “Hill wants to continue her involvement in politics, and ESPN wants out of politics.”