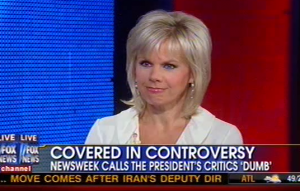 At this point, an oblivious panel member interjected, making some unnecessary point that took Springer and Carlson off-track. But Carlson returned to dress down Springer before cutting to a break:

“And, by the way, Jerry,” an angry Carlson said, “you obviously don’t watch our show, because you do not understand that there’s a reason — I’ll speak for myself, I sit in the middle, as the independent on the panel — and quite frankly, we present both sides of the story and we leave it up to our viewers to decide where they fall.”

Watch a clip of the heated moment below, courtesy of Fox News: