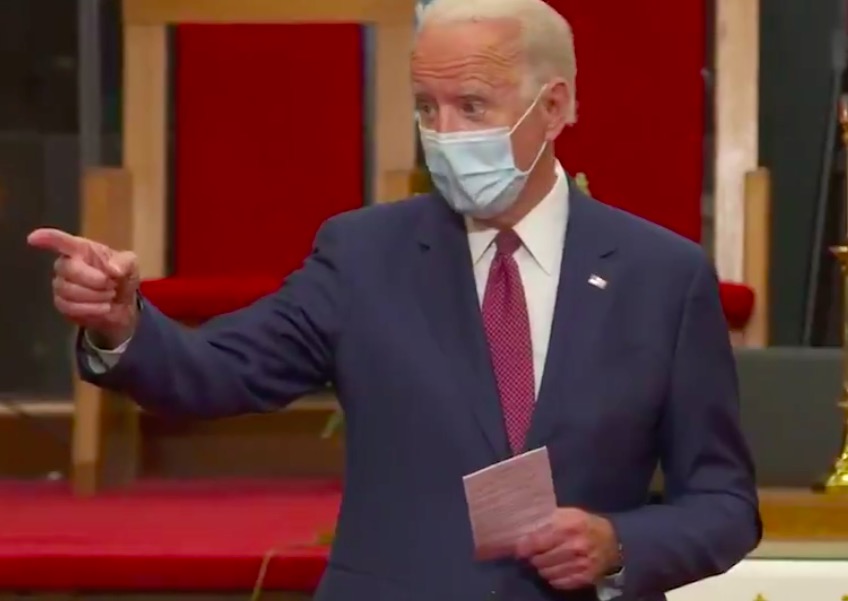 Former Vice President and presumptive 2020 Democratic candidate Joe Biden recommended that police should be trained to shoot knife-wielding suspects in the leg — not the heart — in order to avoid fatal incidents like the death of George Floyd.

As Biden spoke from a church on Monday, he said that his administration would set up a police oversight board in the first 100 days, which would be used in part to re-evaluate how officers are trained to deal with people. “There are a lot of different things that can change” about police training, Biden said as he came up with a hypothetical about what cops should do while arresting a man.

“Instead of standing there and teaching a cop when there’s an unarmed person coming at ’em with a knife or something to shoot ’em in the leg instead of the heart is a very different thing,” he said.

Biden today on police training: “Instead of standing there and teaching a cop when there’s an unarmed person comin’ at ’em with a knife or something to shoot ’em in the leg instead of the heart is a very different thing.” pic.twitter.com/2xgqvlQtJ2

While Biden’s precise comments make it somewhat unclear whether he was speaking about an armed or unarmed suspect, it still raises a question about when officers should be allowed to use their guns. This debate seemed to originate from a tweet in which CBS’ Bo Erickson offered a slightly-misleading characterization of Biden’s remarks: 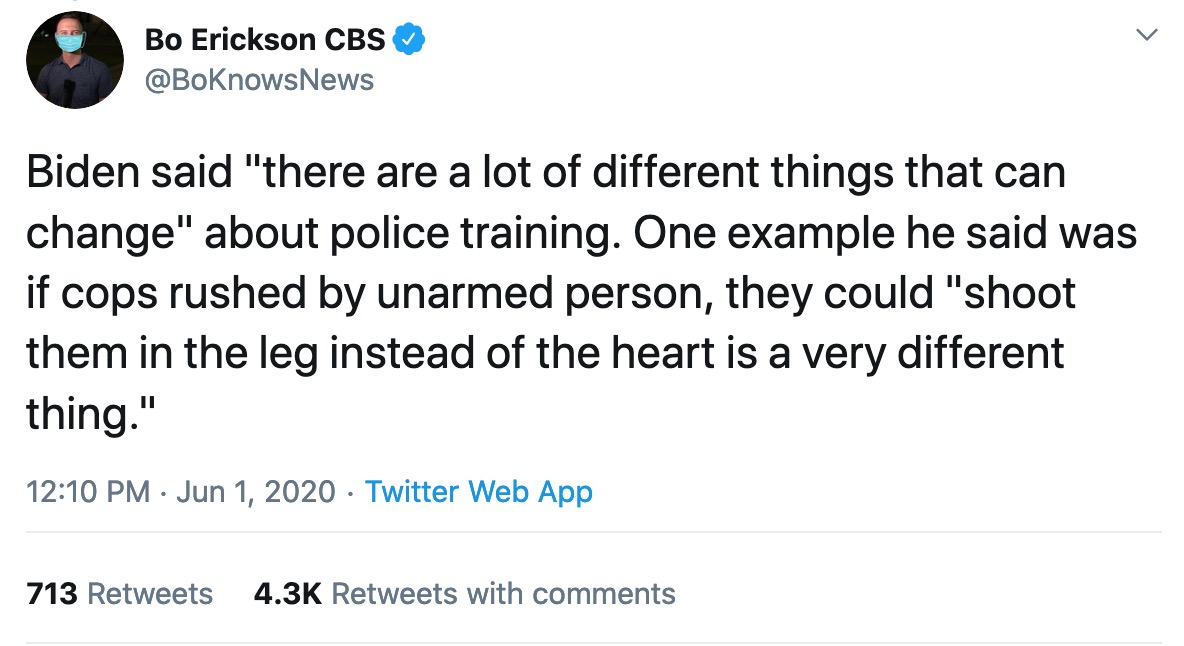 Nonetheless, his first tweet drew notice, and it has prompted a discussion about law enforcement’s use of lethal force.

If the person is unarmed, why do you have to shoot at all? Why is a gun the appropriate response? Hell no.

Nothing better encapsulates why the protesters don’t find refuge in the Democratic Party than Joe Biden’s “reform” suggestion being that police should aim for the “leg instead of the heart” when they shoot unarmed people. https://t.co/Z483sMe20f

This is completely unworkable and undesirable for several reasons, which some actual use-of-force experts on here can probably explain better than me. https://t.co/fCcvr6prGR

Boy, this is terrible advice. You don’t ever shoot at anyone unless you’re justified in using deadly force. Shooting somebody is always potentially deadly no matter where you’re aiming. https://t.co/zkNN4iqQDV