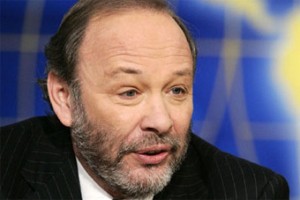 Time columnist Joe Klein appeared on CNN‘s Reliable Sources and pulled no punches attacking cable news channels and their personalities. Predictably Klein continued his assault on what he perceives to be Glenn Beck‘s craziness, but surprisingly also went after MSNBC‘s Ed Schultz.

Klein thinks much extremism is encouraged by Rush Limbaugh and Beck claiming “Glenn Beck traffics in the most crazy and ridiculous conspiracy theories . . . when you have a respected figure promoting views like that . . . it makes things a little more heated.” Unexpectedly, Klein doesn’t have a problem with Fox News host Sean Hannity saying “you know what you’re going to get, he’s a right-wing guy, but he isn’t crazy.” Although overall he’s still not a fan of Fox as Klein concludes “I’ve used that very word – ‘crap’ – to describe what appears on Fox News.”

Yet in case you think Klein is just a liberal with the usual complaint about Fox News, Klein proves his fairness by also taking on MSNBC. After a recent appearance on The Ed Show where he tried to explain the complexities about the war in Afghanistan, Klein reveals about host Schultz, “the guy writes down on a piece of paper ‘get out now’ and holds it up in front of the screen – that’s so stupid and it’s so unworthy and . . . it’s one of the reasons why people hold us in lower regard than they do lawyers”

Only Fareed Zakaria‘s CNN show and the BBC received praise from Klein for showcasing intellectual and sophisticated television journalism.