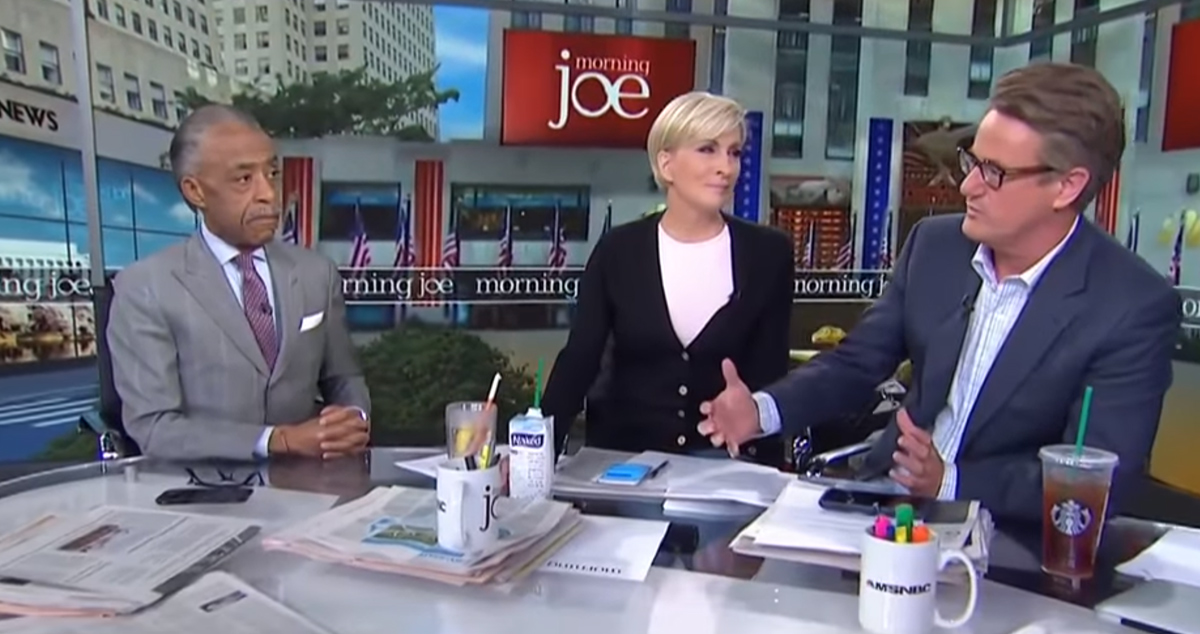 MSNBC’s Joe Scarborough has been an outspoken and strident of critic of President Donald Trump ever since he stopped being a friend who hung with out him on election nights, and particularly so lately and with regard to race issues.

But it’s not only on Trump and race that Scarborough has changed his feelings, he’s also switched gears with regard to his MSNBC colleague Rev. Al Sharpton.

Whereas he ditched Trump adjacency and took up Trump animosity, in the case of Sharpton he went the other direction, ditching formal condemnation in favor of public endorsement; the former on the House floor years ago, the latter, on Twitter this week.

Thanks to those reminding me of how stridently Al Sharpton and I opposed each other 20 years ago. We take pride in our friendship today because of that history, recognizing Jesus’s words that all have fallen short of God’s glory and we should forgive each others 70 x 7 times.

The reminders are the result of another Trump tweet controversy, an addendum to the weekend’s big battles following the attack on Rep. Elijah Cummings and the city of Baltimore. Sharpton tweeted that he was on his way to Baltimore as a result of that days-long brouhaha, and Trump in turn bashed Sharpton.

On Monday, Sharpton was a guest on Morning Joe to talk about it, in which Scarborough offered protestations and a defense of his “good friend” Sharpton. It’s a curious turn, in light of a House resolution introduced by then-Congressman Scarborough in which he, like Trump, described Sharpton as racist.

Those are actual remarks made by MSNBC host Sharpton in the past.

After some sites like the Washington Examiner posted the flashback, Scarborough, in the above included tweet, thanked people for the “reminder” of how the two men were once opposed and are now friends. He did not, however, actually address the substance of the question being asked by people who were offering the reminder, which was basically ‘how is your past commentary on Sharpton different from Trump’s’?

The Morning Joe hosts are currently in their own Twitter war with Trump, and it also includes some flashbacks to past, different behavior by Joe and Mika.

“They helped get me elected,” said Trump in his tweets about the pair, which may be the most cutting insult he’s ever tweeted.