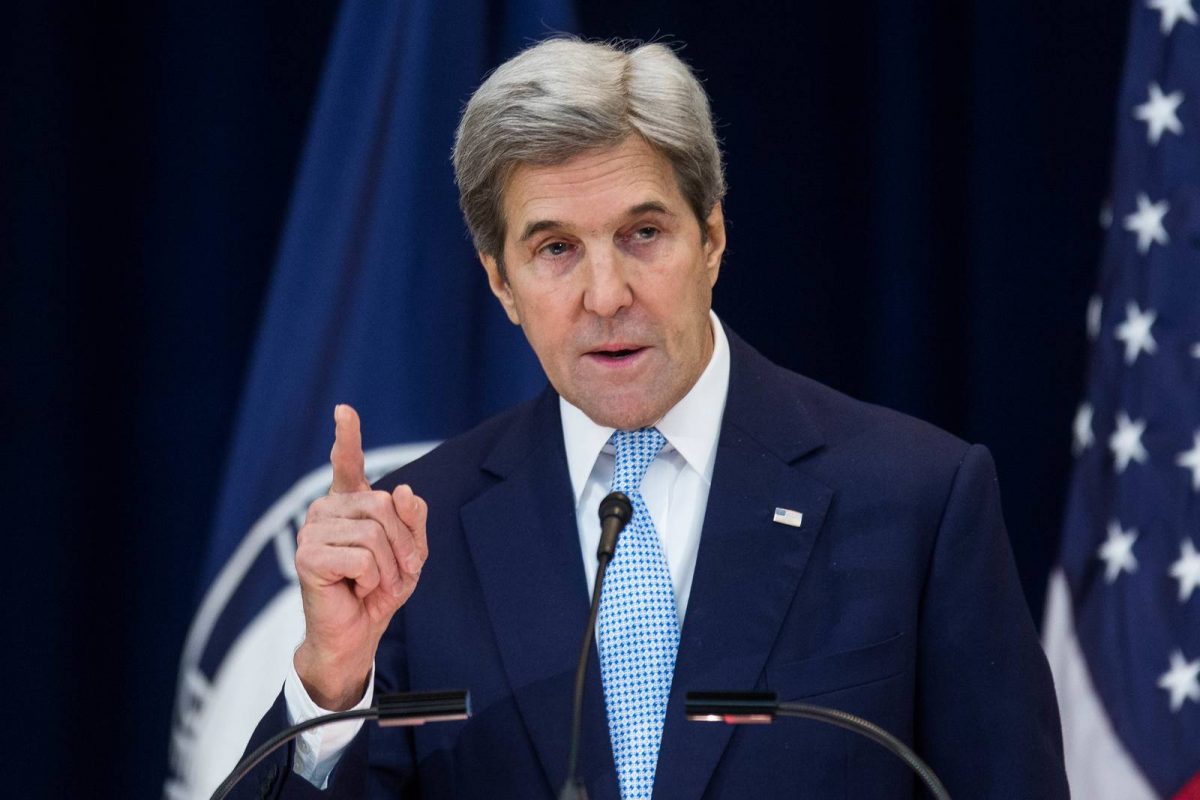 Speaking before students and faculty at New York University’s Abu Dhabi campus, Kerry, who served as the U.S. chief diplomat under former President Barack Obama, took aim at Trump’s “America First” policies. While journalists showed up to record Kerry’s keynote address, university officials reportedly informed reporters at the last minute that they would not be allowed to film the address, the New York Post reported.

“We won’t win, any of us, ultimately, by retreating within our borders, by focusing on our own nations only, or by going it alone,” Kerry said, according to The Hill.

The comment came just days after Trump formally withdrew the U.S. from the Iran nuclear deal, which Kerry helped to negotiate during the Obama administration. Kerry also helped negotiate the Paris Climate Agreement, which the Trump administration also withdrew from.

During the 2016 presidential campaign, Trump called the idea of climate change a “hoax” orchestrated by China. Regarding the Iran Deal, Trump said it was the “worst deal ever negotiated,” often citing the amount of cash the U.S. sent to Iran as a condition of the agreement.