John Stossel, Sting, And George Soros Unite Against The War On Drugs 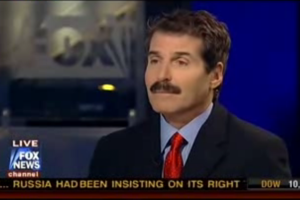 Left-wing multi-millionaire George Soros may have once called Fox News’ John Stossel a “market fundamentalist,” but they’ve finally found a position they agree on– along with Sting and Montell Williams. Stossel visited Megyn Kelly earlier today to talk about the failures of the War on Drugs, and a new ad by the Drug Policy Alliance with celebrity pleas to end it.

“When you are an adult, you own your body,” Stossel argued on America Live today. Kelly expressed fears that legalizing all drugs would lead to an addiction epidemic, though Stossel cited studies that show places like Holland and Portugal have no real issues with addiction. “But it’s been legalized for a long time,” she countered, noting that she believed there would be devastating short-term effects of legalization in the US because Americans were culturally unaccustomed to the legalization. Stossel admitted that he believed there was “maybe” a chance of that, but that, as people realized the damaging effects of things like crack and heroin, consumption would become unpopular (like Radithor!). And in the meantime, he continued, at least “we won’t have cops… killing innocent people” in drug raids.

The murder theme continued as Kelly noted that many crimes are committed while under the influence of drugs, to which Stossel answered that “we have laws for that” and that alcohol, a legal drug, has similar destructive qualities and continues to be legal because Prohibition “created Al Capone.” Kelly, not surprisingly, didn’t agree, defending alcohol’s comparatively meager 10% addiction rate but also touting the positive “deterrent effects” of anti-drug laws. When faced again with the alcohol-as-an-illegal-drug argument, Kelly finally resorted to baseless rumors that Sting, the musician, may sometimes use marijuana. “From what I hear,” she added, “Sting doesn’t care whether the law is in place or not.”

Stossel would neither confirm or deny the allegations.

Video from today’s America Live below: