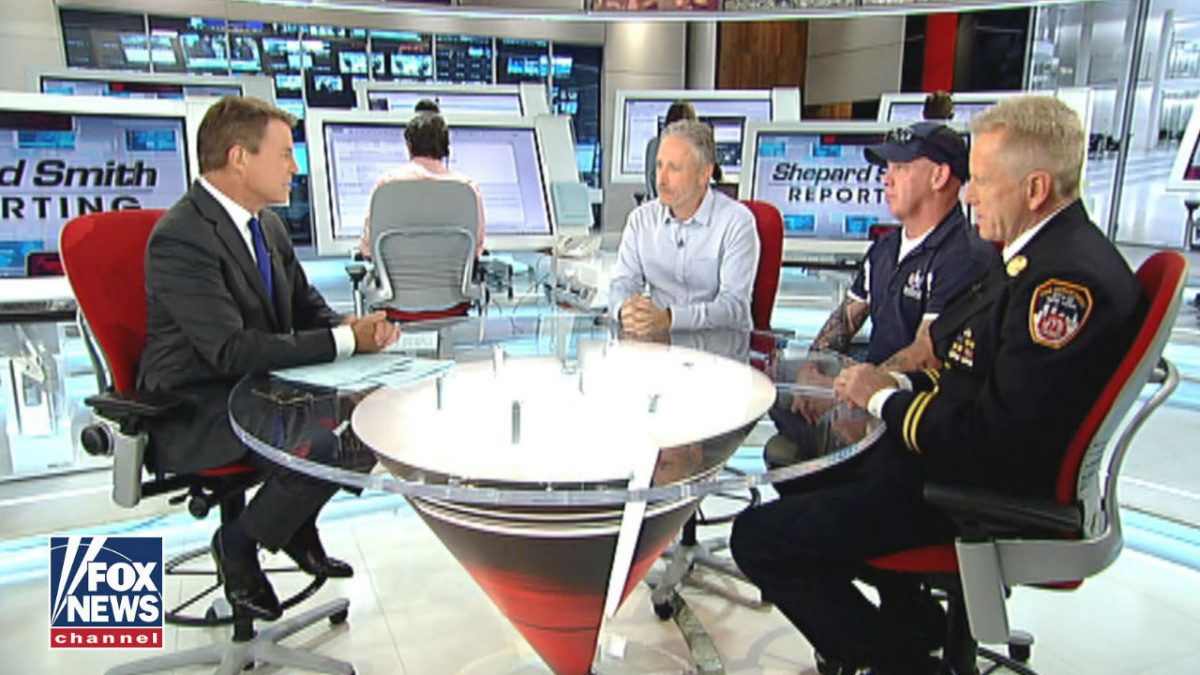 Jon Stewart will be appearing on Fox News this afternoon.

The former Daily Show host and 9/11 first responders John Feal and Richard Alles are sitting down with Shepard Smith this afternoon to discuss The World Trade Center (WTC) Health Program that helps provide medical monitoring and treatment for first responders.

Stewart has been a public voice on this issue for years now, even going to Capitol Hill to speak to legislators directly.

Earlier this year, Stewart joined lawmakers to criticize a proposed move by the Trump administration regarding the World Trade Center Health Program:

The former “Daily Show” host, who has made advocating for Sept. 11 survivors a focal point of his career since leaving Comedy Central, slammed Office of Management and Budget Director Mick Mulvaney for seeking to separate the World Trade Center Health Program from the National Institute of Occupational Safety and Health, where it is housed.

“It’s a special kind of incompetence to want to turn that upside down,” Stewart said of the proposed changes to the agency during a press conference on Capitol Hill.

Stewart, Feal, and Alles appeared on The Today Show earlier this week, and will be taking their advocacy to Fox News (the network Stewart had a bit of a rivalry with during his tenure at the Daily Show).

Stewart’s appearance on Shepard’s show marks the first time the former talk show host will be seen on Fox News since his interview with Bill O’Reilly in 2014.