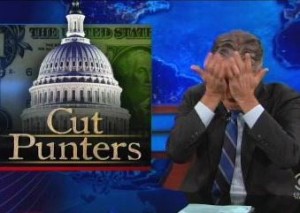 Monday night on The Daily Show, Jon Stewart turned his attention to the U.S. Congress, or as he defined them, using his own version of Urban Dictionary, “Do-Nothing F@#ktards who couldn’t solve a problem if it was eating them alive anus first.” That’s why Stewart was so surprised when he found out members of Congress had actually come together to do something about the devastating sequester cuts. 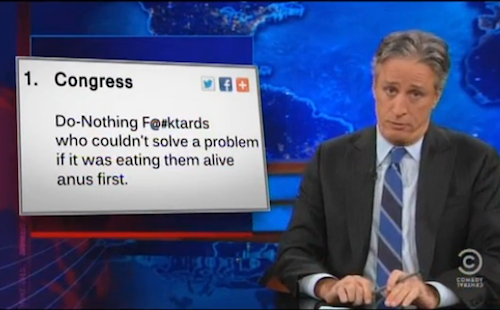 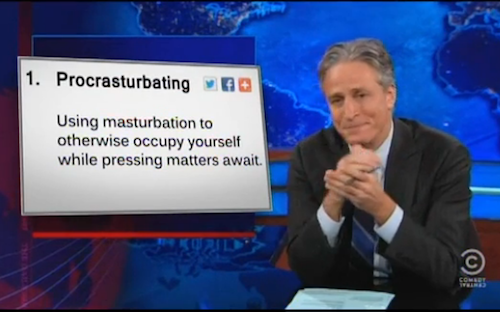 And then, of course, once they did pass the bill, Stewart accused them of “congratsturbating.” 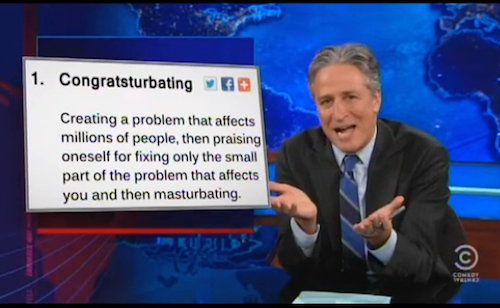 If Congress didn’t see the cuts in air traffic control coming, as indicated by recent hearings, then they obviously were not watching cable news, as Stewart demonstrated by showing an montage of anchors and pundits discussing the delays in the run-up to the sequester deadline.

Stewart turned to Aasif Mandvi, who continued the report by talking to Joel Berg of the New York City Coalition Against Hunger who claims the sequester hasn’t been getting enough media attention because “it’s affecting poor people most.” After talking to others who are being directly affected by the sequester cuts, Mandvi wasn’t quite convinced that the whole thing wasn’t the “joke” so many commentators have been making it out to be.