Julian Castro to Hit Trump With Fox & Friends Ad Airing Only Near His Golf Club: ‘People Were Killed’ Because ‘They Look Like Me’ 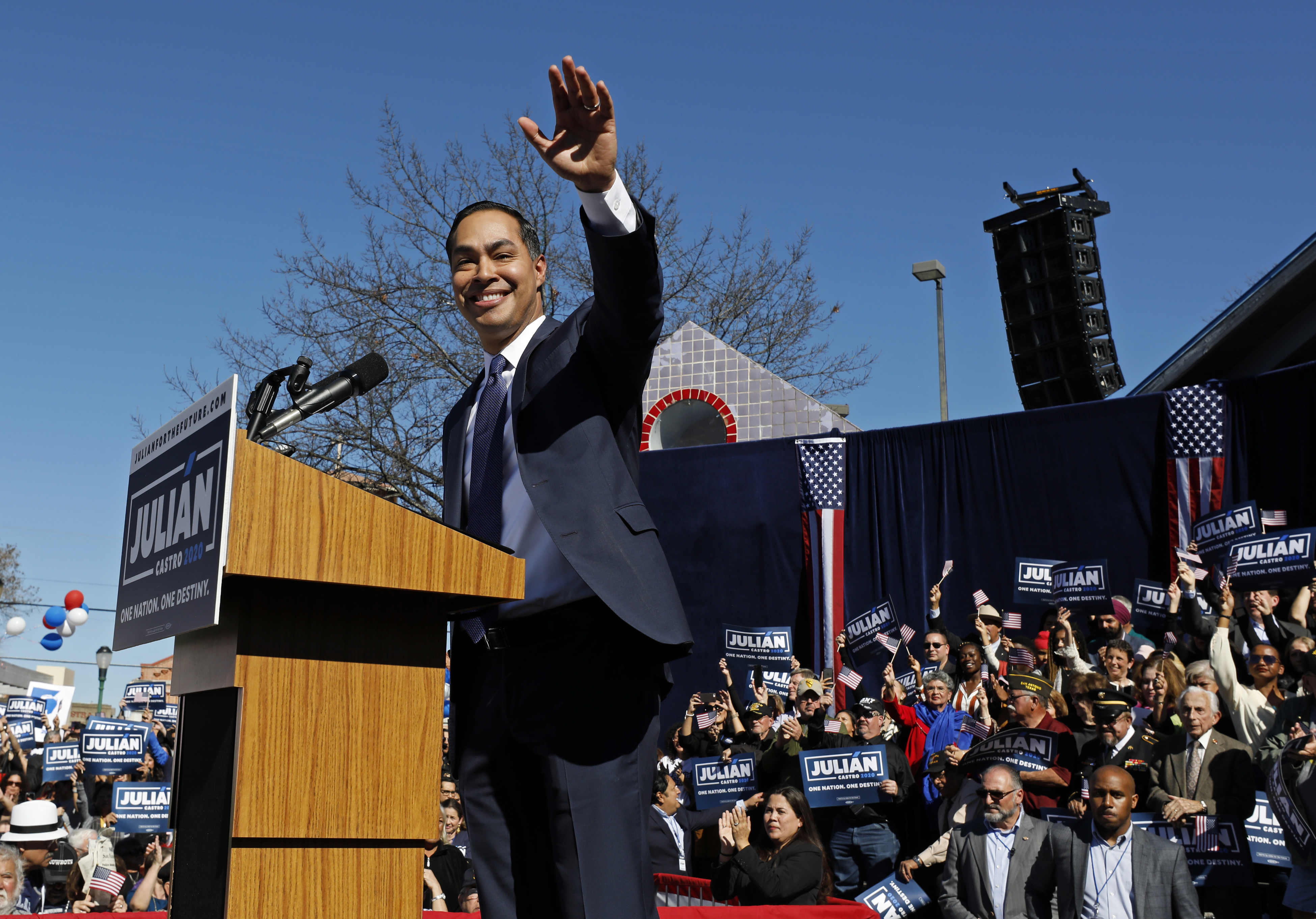 Castro plans to release an ad Wednesday to air during Fox & Friends to chastise Trump for his rhetoric which “stokes the fire of racists.” He’s already posted it to his Twitter account:

A message for @realdonaldtrump: pic.twitter.com/WFYRxm69hA

Castro bought three television slots for his ad, only to air in Bedminster, NJ where the president is spending the week at his private golf club.

“President Trump: You referred to countries as shitholes,” Castro said in the ad, now also being promoted on social media. “You urged American congresswomen to ‘go back’ to where they came from. You called immigrants rapists.”

Castro then directly correlated El Paso to Trump’s rhetoric. “As we say in El Paso Americans were killed because you stoked the fire of racists.”

The ad comes after President Trump came after both Julián Castro and his brother Joaquin on Twitter, who was facing heat for publicizing the names of Trump donors in San Antonio.

“I don’t know who Joaquin Castro is other than the lesser brother of a failed presidential candidate (1%) who makes a fool of himself every time he opens his mouth,” Trump tweeted last week. “Joaquin is not the man that his brother is, but his brother, according to most, is not much. Keep fighting Joaquin!”

Castro’s campaign manager Maya Rupert said the ad is meant to posit Castro as the candidate who will unabashedly take on Trump.

“Donald Trump’s hateful rhetoric inspired the largest violent attack on the Latinx community in history,” said Rupert, according to the Washington Post. “Yet, even in the wake of this attack his campaign continues to use words like ‘invasion’ to describe immigrants and attacks two of the most prominent Latino politicians. Julián isn’t afraid of Donald Trump or his bigoted agenda, and will continue to expose his racism and division until he defeats him next November.”

[Photo by Edward A. Ornelas/Getty Images]