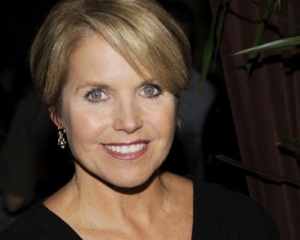 ABC News president Ben Sherwood broke some news today that just about everyone already knew: Katie Couric will join the network to create a syndicated talk show that will debut for Fall 2012 and to report for ABC News beginning this summer. “A versatile journalist, interviewer and storyteller, Katie will contribute across all of our broadcasts and online, joining our powerhouse line-up of anchors and correspondents as the ultimate utility player,” Sherwood said in a memo to ABC News staff. “Katie is committed to helping us uphold the great traditions of ABC News as we strive to build the news division of the future.”

Couric, who just departed the CBS Evening News, is “coming home” to ABC, as Sherwood noted that Couric’s television news career began “in 1979 as an ABC News desk assistant in our Washington bureau.”

I’m pleased to share important news: Anne Sweeney is announcing at this hour that Katie Couric will join the Disney/ABC Television Group to produce and host a syndicated daytime talk show that will debut in the Fall of 2012.

While her primary mission will be to create and launch the new show, Katie is also joining our team at ABC News this summer, bringing her many talents to some of the most important and interesting stories of the day.

A versatile journalist, interviewer and storyteller, Katie will contribute across all of our broadcasts and online, joining our powerhouse line-up of anchors and correspondents as the ultimate utility player. Katie is committed to helping us uphold the great traditions of ABC News as we strive to build the news division of the future.

Katie’s remarkable career spans more than three decades. In 2010, she won the duPont Award for her interview with Sarah Palin. In 2008 and 2009, Couric’s CBS Evening News was honored with the Murrow Award for Best Newscast. In 2004, she was inducted into the Academy of Television Arts and Sciences Hall of Fame. In 2001, she won a Murrow Award for Overall Excellence and in 2000 she earned a Peabody Award for her landmark series on colon cancer.

While many are familiar with her myriad accomplishments, I’m delighted to remind you that Katie got her start in our business in 1979 as an ABC News desk assistant in our Washington bureau.

On a personal note, I’ve known Katie for 14 years, and even with all of her success, I’m confident that her best days, biggest scoops and most powerful journalism lie directly ahead.

So help me to welcome Katie (@katiecouric) back to ABC News. This is a great day as we all look forward to new possibilities.

Here’s the release from ABC Television that describes the new talk show:

Disney/ABC Television Group (DATG) has signed a multi-year, multi-platform agreement with Katie Couric, award-winning journalist, best-selling author and popular TV personality, to host and produce her own nationally syndicated talk show and to join the ABC News team, it was announced today by Anne Sweeney, president, Disney/ABC Television Group and co-chair, Disney Media Networks. The program will be distributed by Disney/ABC Domestic Television and will premiere in September 2012.

Couric, the former “Today” co-anchor who was most recently anchor and managing editor of the “CBS Evening News with Katie Couric,” a “60 Minutes” correspondent and host of the weekly online interview series, @katiecouric, will be reunited with Jeff Zucker, who will be an executive producer with Couric on the yet-to-be-named syndicated series, which will be based in New York and produced in conjunction with Disney/ABC.

In addition to hosting the new syndicated program, Couric will join the ABC News team, contributing to all programs and platforms. Beginning this summer, Couric, winner of the distinguished duPont, Murrow and Cronkite Awards and numerous Emmys, will anchor specials, contribute interviews, participate in special events coverage and bring her many talents to bear on some of the most important and interesting stories of the day.

In making the announcement, Ms. Sweeney stated: “Katie Couric is one of television’s iconic figures and we are thrilled to have forged such an exciting partnership with her. We look forward to having Katie join the best News team in the business, and to working with her to create a dynamic and successful talk show franchise.”

Ms. Couric added: “I’m very happy to be returning to the network where I began my career as a desk assistant in 1979. It is tremendously exciting to have the creative freedom to develop my own show with Anne Sweeney, the Disney/ABC TV Group and Jeff, and to contribute to such a vibrant, innovative news division. I can’t wait to be part of this incredibly talented, visionary team.”

The eight ABC Owned stations in New York, Los Angeles, Chicago, Philadelphia, San Francisco, Houston, Raleigh/Durham and Fresno, which represent nearly 23% of the nation’s TV households, have already cleared the new show in the 3:00 p.m. time slot. As part of the announcement, the network is set to return the last hour of its Daytime network block to affiliates no earlier than September 2012, but continues to support “General Hospital,” and the plans to launch “The Chew” in September of this year and “The Revolution” in January 2012.