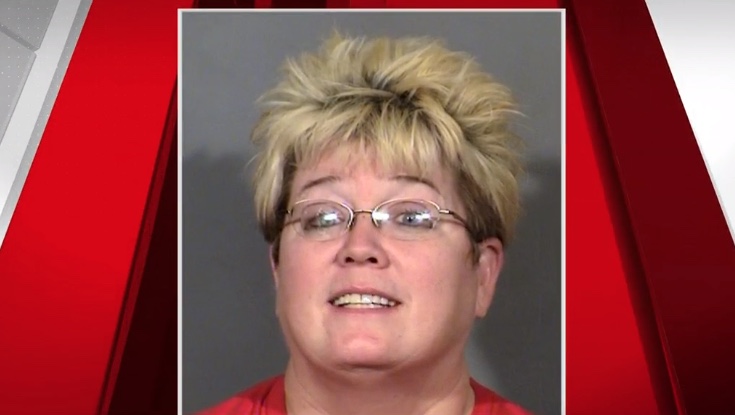 A Las Vegas woman was arrested over the weekend for being That Person at the airport.

Katrina Alspaugh, 51, was going through a security checkpoint at McCarran International Airport when another passenger confronted her about not wearing a mask, which is required by federal regulation. According to Fox 5 Las Vegas, Alspaugh appeared ready to throw a punch.

Soon, officers arrived on the scene and Alspaugh refused to provide identification. As the disturbance continued in the terminal, Allegiant Air staff voided her ticket and officers instructed her to leave because she no longer had a valid ticket.

According to police, she “was argumentative with officers and was telling in the airport creating a disturbance.”

Police also noted that when she was told she would be arrested, she began yelling “f***” and “Let’s go, Brandon,” which of course is the world’s dumbest euphemism for “Fuck Joe Biden” thanks to this NASCAR reporter, who misheard what a Talladega crowd was chanting in October.

This isn’t the first time air travel and “Let’s go, Brandon” have been in the news together. In October, a Southwest pilot drew criticism for saying the phrase over the intercom. The incident gained traction on social media and eventually the carrier issued a statement saying, “Southwest does not condone employees sharing their personal political opinions while on the job.” The airline did not say if the pilot was reprimanded.

The disturbance at McCarran wasn’t Alspaugh’s first run-in with the law. She’d been arrested at least four times before. In 2020 she was arrested for harassment, in 2017 for domestic battery, in 2011 for assault, and in 2002 for battery domestic violence.