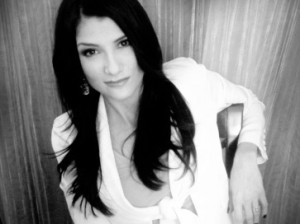 CNN contributor and Editor-in-Chief of Big Journalism Dana Loesch took a lot of flak over the weekend for her declaration of solidarity with the four Marines who videotaped themselves urinating on the corpses of alleged Taliban fighters, in which she said “I’d drop trou and do it too.”

RELATED: Dana Loesch Endorses Taliban Desecration By Marines: ‘I’d Drop Trou And Do It Too’

Countdown host Keith Olbermann and liberal watchdog Media Matters, among others, have called for CNN to fire Loesch over the remark, and according to Big Journalism, even Politico is in on the act. Lest you think that this is all a bunch of ginned-up liberal outrage, however, a conservative think-tank in Illinois also backed away from Loesch over the comments, withdrawing an invitation for her to appear at their “Women, Liberty, and America’s Future” event.

Olbermann took to Twitter to slam CNN, and to add some trademark innuendo:

A) why hasn’t CNN fired her already; b) she sounds way too familiar w/topic @DLoesch says she’d urinate on dead Taliban

He also paid Loesch a backhanded compliment, while also saying she was worse than the Taliban:

Actually, no. They are unthinking religious fanatics. You’re worse RT@DLoesch So @KeithOlbermann thinks I’m the Taliban? So ridiculous.

The implication there is that, unlike the Taliban, there is thought behind Loesch’s remarks.

Big Journalism‘s John Nolte notes that Politico, like Mediaite, reached out to CNN for comment on Loesch’s remark, but went the extra mile by wondering “whether or not it will have any impact on her role at CNN.”

CNN responded with this statement to Mediaite:

Media Matters, though, has gone full-bore at Loesch. In addition to a Twitter barrage from Eric Boehlert challenging Loesch to repeat the sentiment on CNN’s air, their investigative reporter Joe Strupp has published an article in which numerous CNN on-air sources (anonymously attributed) express displeasure and embarrassment at Loesch’s remarks.

That last item is probably the biggest reason for concern for Loesch, who could probably count on CNN to ignore pressure from liberals, but might lend a more attentive ear to internal voices. Loesch’s supporters can tell themselves that Strupp’s reporting is meaningless because the sources are unnamed, but he’s a real reporter with a real reputation. Those quotes are real, and depending on the relative juice of the speakers, could signal trouble for Dana Loesch.

As someone who knows a thing or two about being fired over political speech, I think it would be wrong of CNN to fire Dana Loesch over this. Within reason, my philosophy is that more speech is always better than less speech. Most of the speech-related firings of the past few years could have been handled more productively, in my view, by expanding the dialogue, rather than shutting it down.

RELATED: Bill Maher Not Outraged Over Marine Urination Scandal: ‘If They Were Real Taliban… I’m Not That Upset’

In this case, rather than see Dana Loesch fired for saying something so silly and wrong, I’d rather see her defend those remarks on a panel with people like Bill Maher (who, while not cheering the desecration, said he didn’t see what all the fuss was about), former Marine Goldie Taylor, and maybe even Sen. John McCain, who knows a thing or two about war atrocities. Like it or not, Loesch’s false bravado resonated with a lot of people, and such a discussion could prove clarifying for Loesch and her defenders. Alternately, Loesch could possibly smoke them all in a debate, and we’d all run out to look for an appropriate corpse to piss on. Who knows?

The point that the “fire Loesch” crowd misses, and that CNN apparently gets (if their statement is any indication), is that aside from being offensive and cheap, Loesch’s remarks were revealing in a way that true journalism is supposed to be. Having disparate viewpoints represented on their air has value to CNN viewers because they come away knowing something they previously didn’t. In this case, I learned that if Loesch is going to be at my funeral, I’d better request a closed casket.

There are cases in which pressure campaigns like boycotts are justified, but often, efforts like this are led by people who aren’t watching in the first place. Except in extreme cases, my solution is simple. If I don’t want to see someone on my TV, I change the channel. For example, I was very disappointed in the way Joe Scarborough handled Ann Coulter‘s slurring of the late Sen. Ted Kennedy on Morning Joe a few months back. Before that, I was a fairly regular viewer of Scarborough’s program.

I didn’t call for a boycott of Morning Joe, or for Scarborough to be fired. In fact, I still tune in every once in a while, but the incident soured me on the program, tainted the collegial vibe that was key to its appeal. As a result, Morning Joe lost a loyal viewer. Now, who knows, maybe they also gained a bunch of fans who groove on that sort of thing.

For CNN, it’s probably tougher to gauge Loesch’s performance in terms of viewers, and I don’t think I’ve seen enough of her segments to pass judgment on them, but I don’t think they hired her to play tiddlywinks.