Late Night Ratings Watch: Week of May 12-May 16
RATINGS 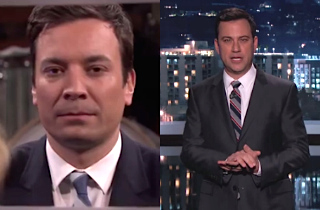 On the YouTube front, Fallon’s instantly viral “Box of Lies” segment with Jennifer Lawrence was the break-out hit of the week, garnering nearly 4.5 million views since it first aired. Kimmel and Letterman could not come anywhere close to that level, with no video on either channel breaking the 1 million view mark.

And, since today’s late night viewers are not only watching on TV, here’s a look at the most popular video for each of the three shows last week on YouTube (as of Thursday, May 22):