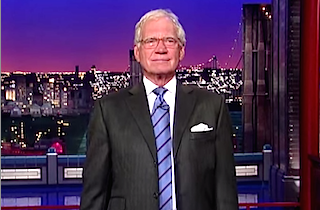 For the second summer week in a row last week, all three late night hosts aired new episodes. And for the second week in row, CBS’ Late Show with David Letterman remained solidly in third place in the ratings, both in total viewers and in the 18-49 demo. NBC’s Tonight Show Starring Jimmy Fallon held onto its top spot, averaging 1 million+ viewers more than either David Letterman or ABC’s Jimmy Kimmel Live!

Compared to the previous week, Jimmy Fallon and Jimmy Kimmel each held steady in the ratings, while Letterman saw the biggest drop, down 6% in total viewers.

Online, no show had a breakout YouTube hit, with the most popular of Fallon and Kimmel’s videos each failing to break the 1.5 million view mark. As usual, Letterman was far below, with his most-watched video sitting at less than 70,000 views.

Here’s the breakdown for the week of July 28-August 1, 2014, according to Nielsen’s “live plus same day” data:

And, since today’s late night viewers are not only watching on TV, here’s a look at the most popular video for each of the three shows last week on YouTube (as of Thursday, August 7):

This week, it was rumored that CBS has chosen British comedian James Corden to replace Craig Ferguson at the end of this year. He will have small ratings shoes to fill.