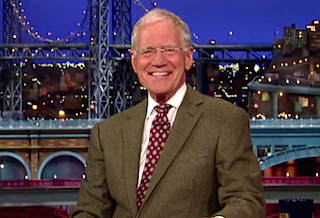 With last Thursday’s announcement that David Letterman will be retiring in 2015 came an expected surge in the ratings for CBS’ Late Show. While it was not enough for Letterman to overtake NBC’s Tonight Show Starring Jimmy Fallon for the week, it was enough to push him over the 3 million viewers mark, which has rarely happened of late.

By posting Letterman’s retirement announcement on YouTube before it aired that night on CBS, the Late Show also scored a major online victory, delivering the most-watched late night clip of the week with more than 3.2 million views. That’s what happens when you break genuine news.

Here’s the breakdown for the week of March 31-April 4, 2014, according to Nielsen’s “live plus same day” data:

And, since today’s late night viewers are not only watching on TV, here’s a look at the most popular video for each of the three shows last week on YouTube (as of Thursday, April 10th):

By announcing Letterman’s departure — and eventual successor, Stephen Colbert — nearly a year before the ultimate transition happens, CBS has given viewers a new reason to tune in every night to a show that in many ways had started to feel stale in comparison to the fresher faces of Fallon and Jimmy Kimmel. Letterman still has a ways to go before he could take over the #1 spot from Fallon, but at this rate, he could very well end his decades-long tenure on top.