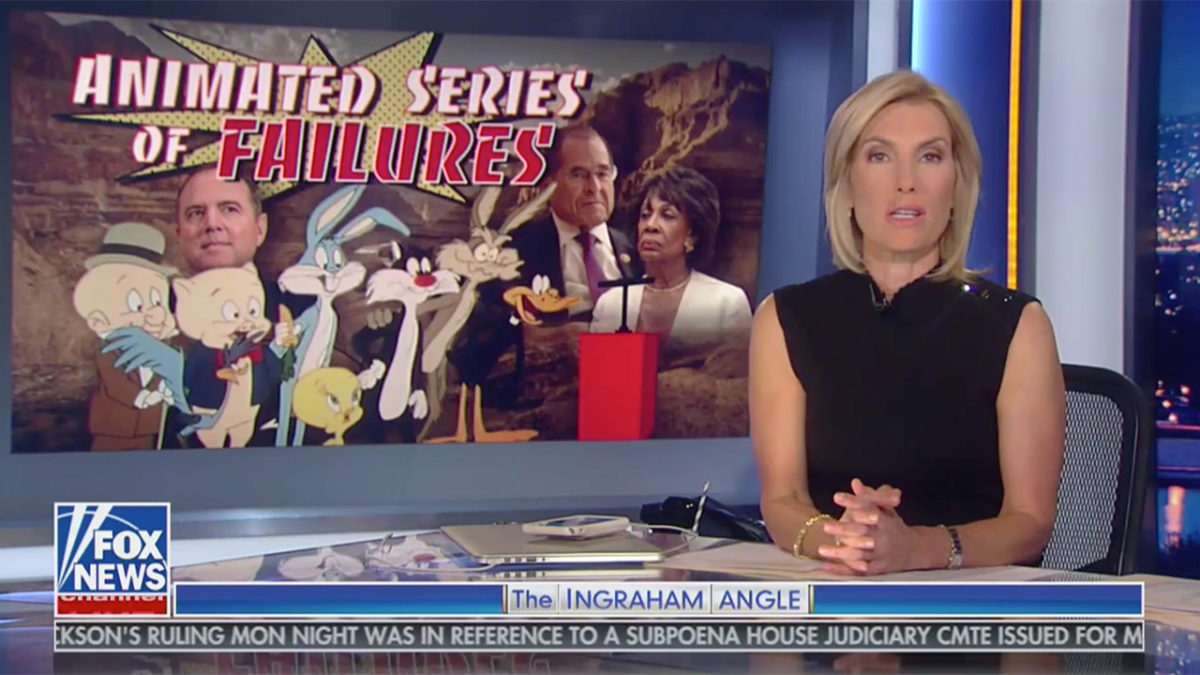 Ingraham said, “I feel like I’m watching characters in a cartoon series instead of representatives of the people. Month after month, they’re goofy, they just boldly predict President Trump’s political demise. They give Americans the impression that they have him trapped, that he’s headed off the edge of the cliff.”

She listed five ways Trump has “outsmarted them all,” from the good economic news to his strong support in the Republican party thus far to the president’s clash with the Squad, coupled with media predictions she said flamed out.

And if the big graphic of the Looney Tunes characters wasn’t clear enough, Ingraham also just showed a clip from a Road Runner cartoon to joke that the Speaker of the House better watch out before her name becomes “Wile E. Pelosi.” 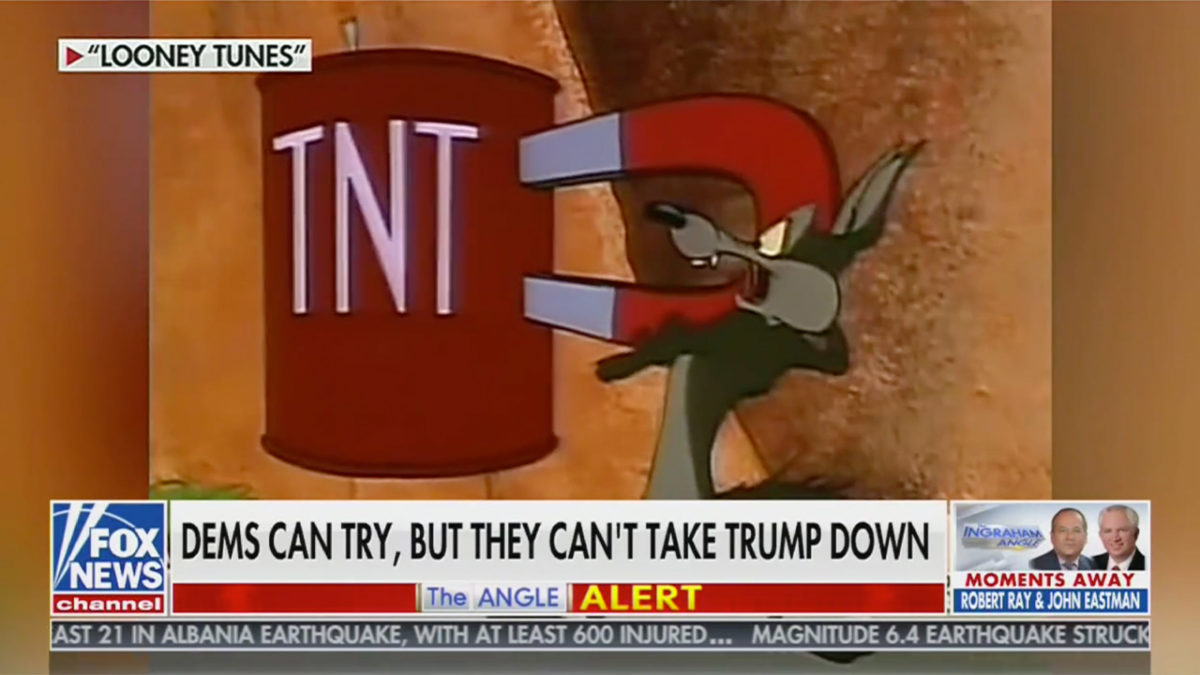