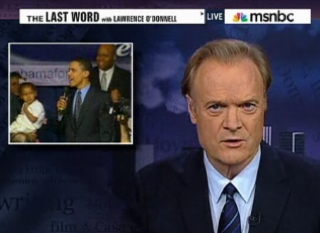 Yesterday, President Obama announced that the war in Iraq was finally, officially, coming to an end by the end of the year. America’s troops would leave the nation to their own devices, with only contractors and civil workers left behind. On last night’s “Rewrite” segment, Lawrence O’Donnell took the opportunity to see where the President was when we first launched the war– at a speech, as a state senator, criticizing President Bush for his “dumb war.”

RELATED: War Is Over: Obama Will Have U.S. Troops Home From Iraq By Year’s End

O’Donnell permitted that it was not unfair to see the speech opposing the President as opportunistic at the time, as “there is nothing easier for a state senator or mayor or city councilman to do that to object to what the President is doing.” It was given to constituents in the fall of 2002 and mostly ignored, as many state senators probably gave similar speeches to rally their crowds. The difference, of course, is that unlike most state and local officials, President Obama got a very real opportunity to put his words to action six years later.

It took another three to finally set the plan in motion, many years after President George W. Bush declared “Mission Accomplished” in Iraq and Saddam Hussein was captured. Like a work of fiction, O’Donnell argued, it fell on President Obama to “rewrite the ending” to that war he found so dumb. He ended his segment with the last speech President Obama will give about the Iraq War, the declaration that the last American soldier was set to leave.