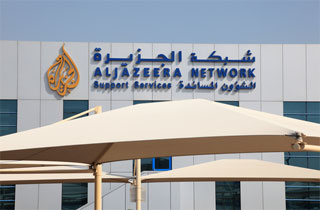 A $5 million lawsuit against Al Jazeera America alleges that a former employee had been fired after complaining that his superior, a top news editor, would casually throw around anti-Semitic remarks and frequently discriminated against female employees.

The lawsuit, obtained by The Washington Post was filed by Matthew Luke, the network’s former supervisor of media and archive management. According to Luke, his boss, senior vice president of broadcast operations & technology Osman Mahmud, was a bad dude:

As an employee at AJAM, Mr. Mahmud’s discriminatory conduct included, but was not limited to, removing female employees from projects to which they had been previously assigned by other management level employees, excluding women from emails and meetings relevant to their assignments, and making discriminatory, anti-Semitic and anti-American remarks such as “whoever supports Israel should die a fiery death in hell.”

Luke says that when he attempted to alert management to Mahmud’s remarks after witnessing numerous “discriminatory actions” back in February, he was ignored, and soon fired for not “fit[ting] into the company culture.”

In a statement to the Post, Mahmud called Luke’s allegations a “pack of lies,” and denied that he’d ever made remarks about Israel supporters. “I have never even thought of that at all,” he said, adding that Luke was an “an aggressive person” with a bit of an anger management issue: “He yells at you. He wants to have the plan according to his way of working.”