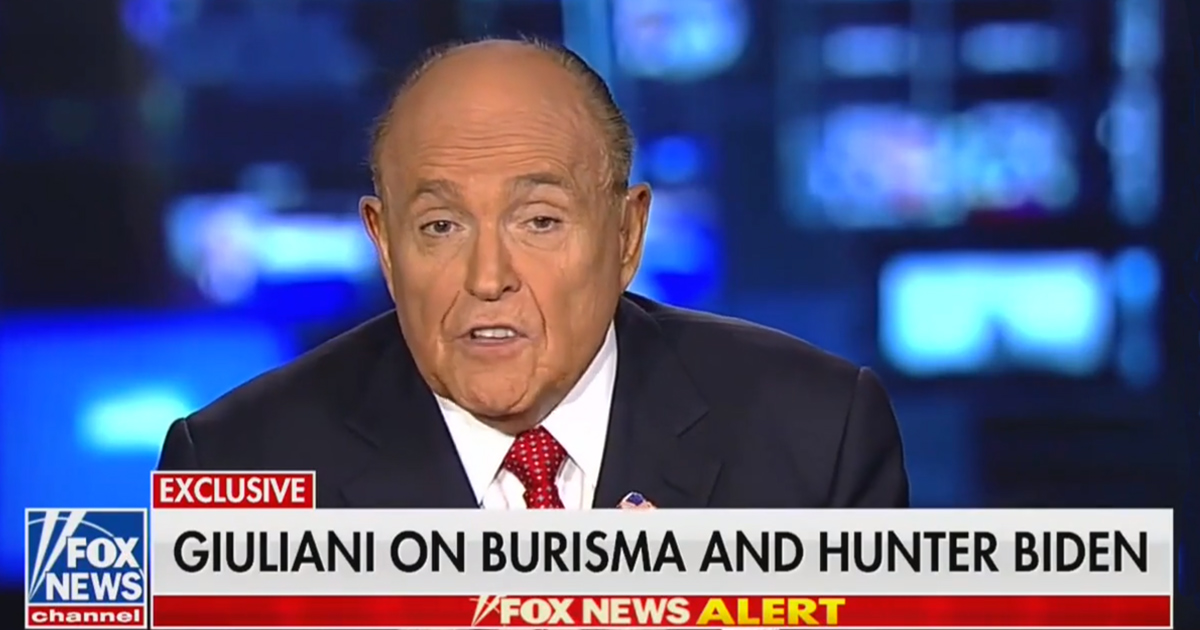 A 162-page document from the Fox News research team, warning of “disinformation” on the Ukraine scandal being pushed by frequent guests and contributors at the network, was leaked to the Daily Beast on Thursday.

The document, titled, “Ukraine, Disinformation, & the Trump Administration” and produced by the network’s “Brain Room,” was obtained by the Daily Beast, and touched on the “disinformation” from Fox News contributor John Solomon, frequent guests Victoria Toensing and Joe diGenova, and even the president’s personal attorney Rudy Giuliani.

“The research brief is especially critical of Solomon, a former opinion columnist at The Hill whose opinion pieces about Ukraine made unsubstantiated claims about its government interfering in the 2016 U.S. presidential election,” the Daily Beast reported, with the document reportedly claiming, “John Solomon played an indispensable role in the collection and domestic publication of elements of this disinformation campaign.”

Solomon has repeatedly appeared on Fox News shows including Hannity and The Ingraham Angle since he was named a contributor in October 2019.

According to the Beast, the briefing also accuses Giuliani, as well as Toensing and diGenova — the husband and wife lawyers who regularly appear on Fox to provide unequivocal defenses of Trump — of “spreading disinformation.”

“The research division of FOX News produces a briefing book for all major stories, which serves as a standing collection of extensive data on major topics for internal use by all those in editorial functions,” said Mitch Kweit, the senior vice president of the Brain Room. “The Ukraine briefing book is nothing more than a comprehensive chronological account of what every person involved in the Ukraine controversy was doing at any identifiable point in time, including tracking media appearances of major players who appeared on FOX News and in many other outlets.”

“The 200 page document has thousands of data points and the vast majority have no relation to FOX News – instead it’s now being taken out of context and politicized to damage the network,” he continued.

It remains to be seen whether Solomon, Giuliani, Toensing and diGenova will continue to be invited on air.