Leave To Tebow What is Tebow’s: Pundits Should Leave The Player Out Of Politics 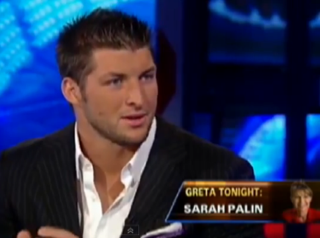 Politics is a name game. It is about who you know– at least in the sense that knowing who the players are in this elaborate dance that defines how we govern ourselves is critical to successful analysis. There are many names, repeated ad nauseum as their character arcs develop in national politics and elevate them far beyond household name to A-block-on-every-show status. Most of these people are public servants, journalists, thinkers, or somehow or another sensible to be at the core of national political dialogue. And then there are anomalies like Tim Tebow, black holes of cable news time and energy that, through no fault of their own, become fault lines along our political geography.

Having to know and care about a young football player who is either good or bad, depending on what you read, was something of a shock when Tebow began to headline what feels like at least one segment an hour on most cable news channels, or popping up in headlines across blogs typically tailored to political media tastes. While the media’s Captains Obvious collectively began to ask things like “Why do we care about Tim Tebow’s religion?” I will readily admit I was still trying to figure out whether he was a freshman Tea Party Congressman or a controversial author, or maybe a Kardashian of some sort. By the time it became clear– whether I wanted it to be or not– who Tebow was and why sports fans got so excited about him from osmosis, it was still a complete mystery why he appeared to have taken over both Fox News and Bill Maher‘s Twitter account simultaneously, and why people kept abruptly kneeling to pray in videos and photos all over the place.

But he had. Suddenly, Fox News was all over the harrowing tale of how some obnoxious teenagers were suspended from high school for “Tebowing” en masse instead of not crowding the hallway. The aforementioned Maher apparently spent his vacation time climbing up onto trees and Tebowing himself, perhaps to prove that God would not smite him for doing so after “joking” on Christmas Eve about Tebow’s defeat. Rick Perry declared himself the “Tim Tebow of the Iowa caucuses;” others argued that it was maybe Rep. Ron Paul, or Rep. Michele Bachmann (here is a chart to one can use to determine whether one is the “Tim Tebow of” something). “It’s hard to not see a bit of Sarah Palin in Tebow,” The Nation‘s David Zirin wrote on one of the many occasions he has gone after the quarterback. On another, he argued:

The right-wing strain of evangelical Christianity to which his family subscribes bleeds seamlessly into politics. Tebow proudly appeared, during the Super Bowl, in an anti-abortion commercial sponsored by Focus on the Family. FOF is an organization that believes in gay reparative therapy, ending women’s reproductive health, and organizing the far-right fringe of American politics.

The mockery of Tebow’s larger-than-life status on shows like SNL is natural and of a different breed than the attacks or exploitative praise coming from pundits. This is America and we have no sacred cows, with the exceptions of, maybe, Julia Roberts and Jon Stewart. That is why Hustler v. Falwell exists. And the more people believe in you– and people really believe in Tim Tebow— the larger the target on your back. But it is the artificial politicization of the player that appears on both sides of the political aisle to be hysterical and unfair. Tebow is a cultural icon, a pop confection– a symbol of the American “culture wars,” some may argue. But a political figure he is not.

NEXT PAGE: No, The Focus On The Family Ad Was Not Political