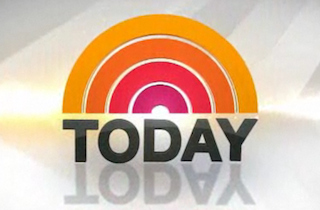 Yesterday’s New York Post ran a story about how Today Show host Matt Lauer has turned into an “anchor animal,” allegedly berating the staff and taking over editorial control where possible. In that same report, buried at the bottom, the Post also reported rumors that Izzy Povich, executive producer of MSNBC’s The Last Word with Lawrence O’Donnell might join Today as their new exec producer. Today’s Daily News reports that the EP spot will soon be open as current boss Jim Bell is in line for an NBC Sports gig.

Two sources within NBC (as distinguished from MSNBC) tell us that Povich’s “likely but not confirmed” hiring could be “seriously problematic” for Today‘s desired image of straight-down-the-line news.

Before signing on in 2010 as executive producer for Lawrence O’Donnell — an outspoken liberal — Povich was a long-time producer for liberal firebrand Keith Olbermann. She was his executive producer since 2004. There is no question, insiders tell us, that Povich has a stellar reputation inside both MSNBC and NBC News and we hear that she has been approached by other networks with big offers as well.

Nevertheless, sources within NBC are openly griping that hiring Povich, with her highly politicized background, would not go over well with employees who seek to maintain the aura of objectivity at the Today Show (yes, I know some will already challenge this assertion). Sister networks NBC News and MSNBC seek to be two separate political entities — with the cable outlet now openly dedicated to “progressive” views, while the broadcast mothership NBC still aims to be seen as doing straight reporting. But NBC often has to field questions about its objectivity based on MSNBC’s reporting and commentary.

One particularly concerned source lamented to us: “It would be hard to maintain that image when a left-wing {executive} is making all the editorial decisions.”*

The Today Show “does a lot of politics,” an insider said, but Povich’s hiring “would just be more fodder for conservatives” who could more justifiably make the claim that Today no longer represents fair reporting.

“The show’s credibility,” the source added, “would be out the window.”

We reached out to Povich for comment and she has yet to respond so we asked our founder Dan Abrams — who was formerly the GM of MSNBC and worked with Povich — what he knew about her. He tells us: “I honestly have no idea what Izzy’s personal politics are but I do know that she has long been considered one of the best producers at 30 Rock. I would think any entity would be lucky to have her.”