Letterman Announces His Retirement from Late Show in 2015 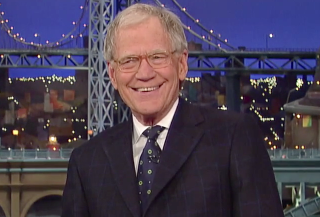 David Letterman will be announcing his retirement from The Late Show in 2015 on Thursday night’s episode after over three decades in late night television on two different networks. The news comes just months after longtime rival Jay Leno made his big exit from late night.

The news was first announced on Twitter by Mike Mills from the band R.E.M., one of Letterman’s guests tonight, and was corroborated soon after by CNN senior media correspondent Brian Stelter.

It's true. David Letterman just announced he is retiring in 2015. More soon.

Rumors of Letterman’s retirement have been swirling for years, and recently Jimmy Kimmel said if he were offered, he would seriously consider jumping to CBS to replace his rival and longtime idol.

David Letterman, during a taping of tonight’s Late Show, said that he informed Leslie Moonves, President and CEO of CBS Corporation, that he will step down as the host of the show in 2015, which is when his current contract expires.

“I just want to reiterate my thanks for the support from the network, all the people who have worked there, all the people in the theater, all the people on the staff, everybody at home, thank you very much. What this means now, is that Paul and I can be married.”

“We don’t have the timetable for this precisely down — I think it will be at least a year or so, but sometime in the not too distant future, 2015 for the love of God, in fact, Paul and I will be wrapping up,” he added, to a standing ovation from the audience in the Ed Sullivan Theater.

UPDATE: CBS released a preview video of Letterman’s announcement, which you can watch below: