Aside from the many tear-inducing layers that is this godawful and inappropriate onion of a question, perhaps the most offensive thing about it is Bash’s insistence that she “clean [it] up because we are in mixed company.” So she called it Date-Marry-Make Disappear Forever.

Graham, ever the southern gentleman and lifelong bachelor, visibly licked his lips and said, “I didn’t know we were gonna do the Mormon thing here” when Bash offered him Palin, Fiorina and Clinton as his choices. (Why? I have no idea, since none of the three women are Mormon and Bash didn’t ask Graham to marry all of them.) He also stressed, per his bachelorhood, that he could never go beyond the dating round.

Bash kept pressing him for answers though, so Graham relented and said he’d date Palin (“We’ll go hunting on our first date”), marry Fiorina (“Because she’s rich”), and he refused to make Clinton disappear forever. “I gotta really watch what I say here,” he joked at one point. 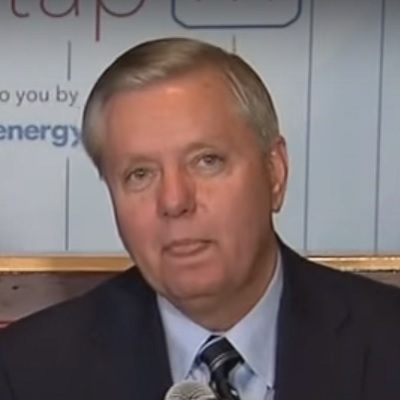