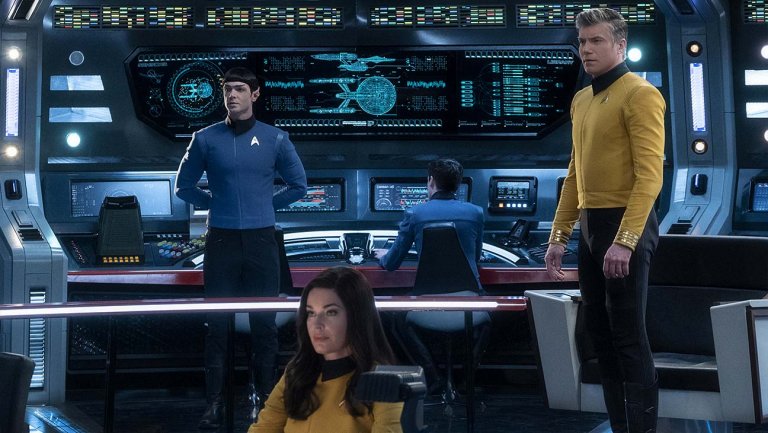 A new Star Trek series centered around Captain Christopher Pike, Mr. Spock, and the USS Enterprise’s crew has been ordered by CBS All Access, the company announced Friday. Anson Mount will star as Captain Pike, Rebecca Romijn acts as Number One, and Ethan Peck will try his best to mimic Leonard Nimoy when he reprises his Star Trek: Discovery role as Spock in Star Trek: Strange New Worlds.

A one minute announcement revealed the show with members of the cast sharing their reactions to the show while quarantining during the Covid-19 pandemic.

The crew was introduced briefly in one of CBS’s other Star Trek series, Star Trek: Discovery. Its newest show will focus around the USS Enterprise a decade before Captain Kirk entered the ship.

“This new series will be a perfect complement to the franchise, bringing a whole new perspective and series of adventures to ‘Star Trek,'” said Julie McNamara, executive vice president and head of programming at CBS All Access.

This is apart of CBS’s Star Trek global franchise group, which said last May that it wants to create podcasts, new digital spaces, and live experiential events around the show. The original Star Trek series began in 1965 and featured several movie reboots until CBS took over the franchise in 2017.

“Speaking just for myself,” Mount said in the show’s promo. “I have never received more love from a fanbase than I have from the Star Trek family.”