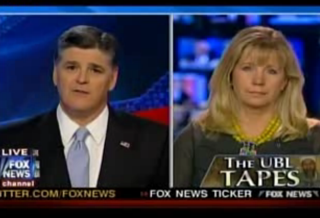 At one point, President Obama’s claims that his administration would be among the most transparent were met with mockery from his opponents, though with the current national security situation, some are concerned he is fulfilling that promise. On tonight’s Hannity, Liz Cheney expressed hope that the President would scale back on some of the details being released about the raid that killed Osama bin Laden.

Cheney was on the program to first discuss the possibility that some military personnel may face legal action against them for questionable interrogation tactics, calling that potential legal move an “abomination” and “appalling that the administration is taking a position to score political points.” “They ought to stop the investigations… of those Americans who bravely carried out these measures.” What’s more, asked by host Sean Hannity whether the capture “vindicates your father,” Cheney replied that “those plans worked” and this was only “one more peace of evidence” towards that. That said, the safety of the country, Cheney concluded, rested in that “there are things we shouldn’t know and our enemies shouldn’t know” that she hoped were still kept under wraps, lest that information be used against the country.

Cheney was remarkably unenthused about either side of the debate on releasing photos of the dead al-Qaeda leader, however, particularly since “now that al Qaeda confirmed that he’s dead,” the need to prove that he is is far diminished. Instead, Cheney was outraged that President Obama’s reasoning behind not releasing the photos were that “we wouldn’t like it if someone released a picture of American soldiers,” accusing the President of “immediately go[ing] to a comparison between bin Laden and American soldiers.”