In Hindsight, Cenk Uygur’s Idle Threats Reveal He Was His Own Worst Enemy 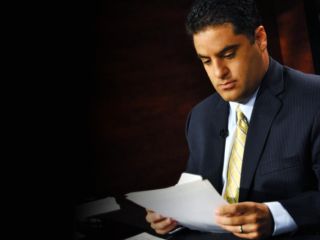 The Young Turks host Cenk Uygur has never been a man afraid to talk a big game, even now that he’s been dropped from MSNBC. In fact, much of the coverage surrounding Uygur’s six month stint for the network had been devoted to his own promises for the show, the most famous of which (to regular Mediate readers, in any case) came coupled with barbs aimed at rival network Fox News.

Back in February, our own Colby Hall reported that Uygur had directly targeted That Which is Fair and Balanced, telling AlterNet that he planned to “beat them in the ratings and make them fear me”… all before he had even secured the 6 p.m. slot on MSNBC:

In many ways, the story of Cenk Uygur’s rise to cable news prominence is a fairy tale come true. The Turkish born progressive commentator founded the liberal Internet radio show The Young Turks in 2002, and just nine years later he seems to be on his way for his own 6pm show on MSNBC. It was this news that lead Uygur to brazenly lob a verbal shot at cable news titan Fox News that his ultimate goal was to “destroy” them. Brave words to be sure, but perhaps he ought to start with defeating Wolf Blitzer first? Or maybe even, getting MSNBC to announce that the 6pm show will definitely be his.

In some circles, that’s called “cockiness.” And, in others, we call that “having cojones.” Both terms are totally patriarchal (had to), but are nonetheless pretty good attributes to have when hosting a prime time, politically-charged opinion news program. At the time Uygur made his now notorious promise to “make them fear me,” a Fox News spokesperson responded with a simple “What’s a Cenk Uygur?” Because, you know. There aren’t too many ways to respond to threats made by someone on behalf of a network that hasn’t hired him yet.

Earlier this week, we told you about the rumblings that Uygur was on his way out at MSNBC, with Al Sharpton‘s name being thrown around as a possible replacement. And, because we’re a helpful sort of media site, our post included background on how Uygur got to be on MSNBC — as an interim host on a trial basis — in the first place:

When the 10 PM time slot on MSNBC was up for grabs in early 2009, Uygur wrote a piece on The Huffington Post “announcing his candidacy” for the position, and encouraged activists to petition MSNBC for the position. He even posted a YouTube video on The Young Turks channel telling viewers how to contact MSNBC and demand TYT get a show on the network.

Last October, Uygur’s persistence appeared to pay off, as he was given the interim host position at 6 PM, and MSNBC President Phil Griffin was giving him some high praise. “Cenk’s fresh perspective and his passion for politics make him a great addition to the MSNBC team. He’s developed a big following on MSNBC and we welcome him to this new role.”

Before getting the interim host position, Uygur was a frequent guest host for Ed Schultz and Dylan Ratigan, and got his own “Daily Rant” segment on the latter’s show.

So: He got the show by having chutzpah. The very same chutzpah that can cause one’s critics to laugh and say “I told you so” when MSNBC decides to let you go. And, as it turns out, the very same chutzpah that keeps Uygur talking big even now, claiming the powers that be at the network let him go after he refused to “tow the line” and because he has tiger’s blood and Adonis DNA. His former bosses, for the record, are calling Uygur’s take on how thing went down “completely baseless.”

Our own Tommy Christopher weighed in on what he believes ultimately played a major factor in Uygur’s exit from MSNBC:

MSNBC’s mistake was that they never leveraged Cenk’s brand. They didn’t give his show a name, or much in the way of an identity, production-wise. But worst of all. asking him to “tone it down” is like asking Cecil Fielder to concentrate on base-running drills. What’s the point?

Still, I think cable TV is worse off without Cenk, and I wish he had taken their offer. Maybe he’ll turn up on Current.

And while Uygur might, in retrospect, have more in common with a different mythological figure, further evidence of this man’s stupefyingly humongous pair of… lungs can be found in his choice of baby name. In the following video, uploaded by The Young Turks, Uygur explains why he wanted to name his progeny “Prometheus:”

Prescient. In any case, here’s hoping that Uygur doesn’t lose his signature (Why not, right?) bravado as he moves on to his next gig, whatever that may be.