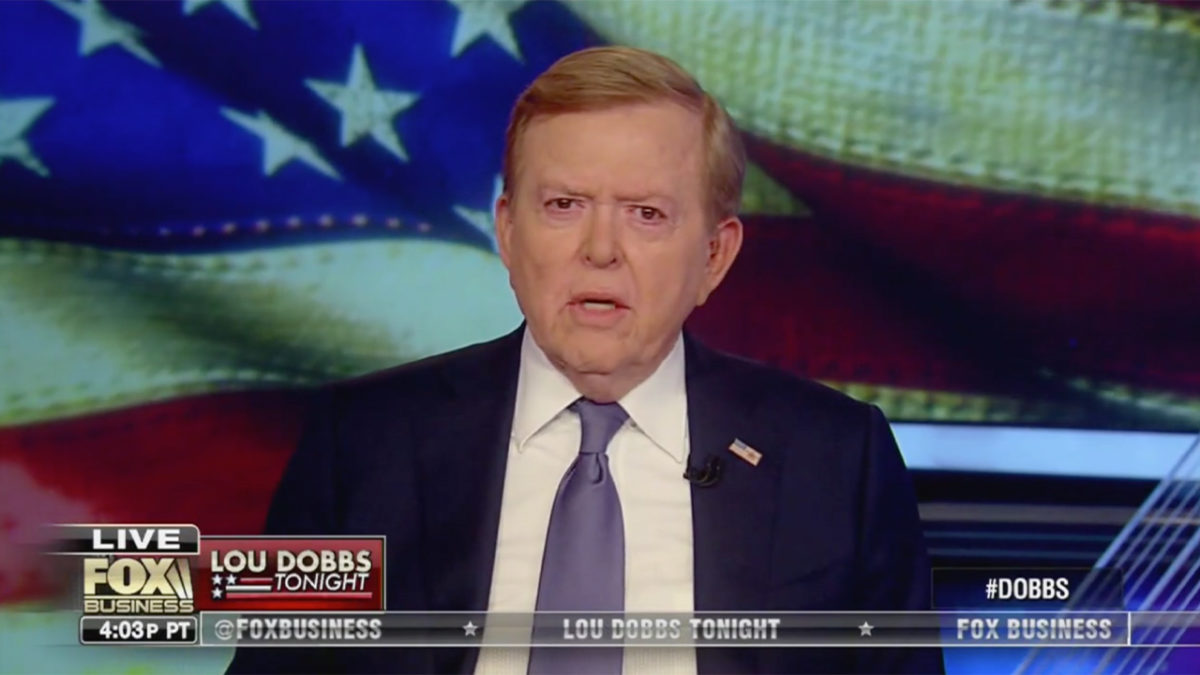 Fox Business host Lou Dobbs is very displeased that Donald Trump’s campaign manager has promised that the president and his family will become a transformative “dynasty” for the Republican Party.

Dobbs, one of Trump’s most vociferous boosters on television, noticed on Monday that Brad Parscale drew media coverage for some remarks he offered at California Republicans convention over the weekend. The most eyebrow-raising moment from Parscale came when he said “The Trumps will be a dynasty that will last for decades, propelling the Republican Party into a new party.”

It isn’t clear whether Parscale was speaking as though Trump’s children would run for office and turn the GOP into a literal hereditary dynasty, but Dobbs does not approve of these comments:

This may be one of the dumbest things a campaign manager for a populist candidate ever said: Trump family building ‘dynasty’ for decades to come #MAGA #AmericaFirst #Dobbs https://t.co/7cvDLRUlje

Judging by how Parscale tweeted about the media coverage of his comments on Sunday, it’s possible that his comments were hyperbole, trolling, or something in the middle.

Reshaping the @gop for decades to come! #TrumpDynastyhttps://t.co/p9JCACwDJJ

Did I hit a nerve? Triggered! pic.twitter.com/kdpXsC6ASF