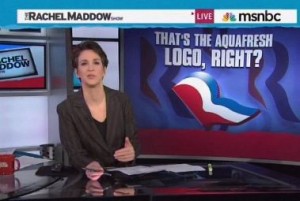 Remember Mitt Romney? Well, it appears the Republican party is doing its best to move past the failed campaign of their last presidential nominee. Rachel Maddow noticed how much the GOP is trying to move past Romney and looking to the future, but according to Maddow, they have not learned any other lessons from past losses in Senate races, continuing to kick out solidly conservative candidates for ones even further-right.

RELATED: Maddow On ‘Insane’ And ‘Mindless’ GOP: They Loved Obama’s Gun Proposals… Until He Started Proposing Them

Maddow opened with the news that Georgia senator Saxby Chambliss announced he will not be seeking re-election in 2014, possibly because he risked facing a primary challenge from the right. Maddow ran through a list of potential successors to Chambliss, including Herman Cain, the pizza magnate-turned-presidential candidate; Congressman Paul Broun, a member of the House Science Committee who thinks evolution and the Big Bang are “lies from the pit of hell”; and Congressman Phil Gingrey, who recently attempted to defend the rape language used by former colleague Todd Akin.

Maddow read the tea leaves to conclude that the GOP has not learned its lessons about replacing solidly conservative members with even more conservative members so far to the right they end up losing easy elections, citing races from Akin to Richard Mourdock to even Christine O’Donnell in 2010.

Turning to Romney, Maddow found it striking that the presidential candidate did not come to D.C. for the inauguration, but did come to the district today for an event in his honor. But not that many people are interested in honoring him, for, as Maddow noticed, the Republican party appears to be doing all it can to distance itself from the Romney campaign. She highlighted a quote saying that there is no “Romney faction” of the GOP and no one feels the need to be “loyal to the Romney position.” In fact, many Republicans are unhappy that the Romney campaign took too much control over the RNC in the 2012 race.

Maddow said that while it’s one thing for the Republicans to purge itself of “anything Romney,” the party remains in denial about the rest of its problems and its more extreme candidates. But now that they’ve moved on past Romney, Maddow dryly remarked, “now they can go back to all the winning.”