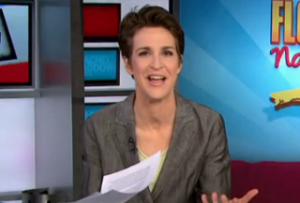 Rachel Maddow has spoken of her tussles with the Koch brothers on-air before, and last night she did it again with a blistering indictment of the legal letter sent to her on the Kochs’ behalf to publicly correct a report she did on them. Maddow did a report this week on Florida’s “drug test the poor” law (now on its way out) being tried in other states, partly at the urging of a conservative group that’s part of a network that receives funding from the Koch brothers.

She found it amusing that the key objection is they don’t want people to know about their political activities, and said that’s not good enough to stop people from reporting negative things about them.