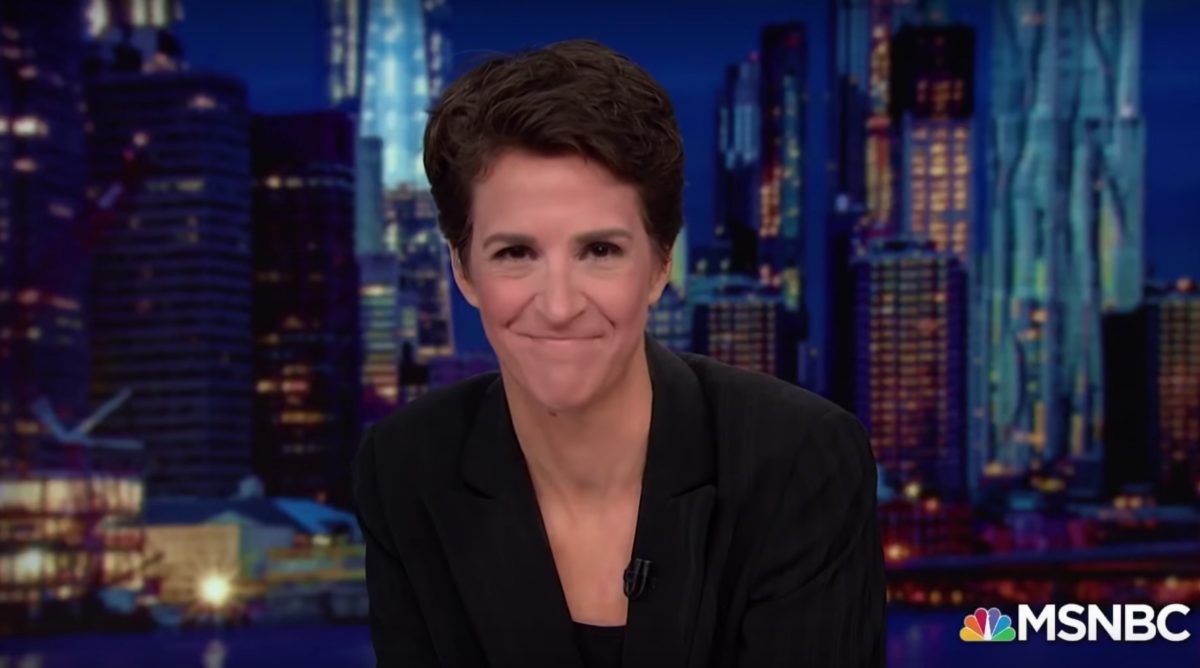 Rachel Maddow had her highest ratings ever last week.

In the advertiser-coveted 25-54 demo, according to Nielsen, Maddow averaged 667,000 viewers. Those impressive numbers catapulted the progressive host to the number 1 spot in cable for the week, beating out Fox News and CNN in both total viewers and the demo.

Maddow’s impressive week ended with a bang too: on Friday night, Maddow was the most watched show across all television, cable and broadcast included, in total viewers and the demo. The MSNBC host bagged a steaming 3.66 million total viewers on Friday. Sean Hannity, her rival over at Fox News, took home 3.01 million.

Maddow’s ratings often surge when President Donald Trump finds himself under pressure. Last week — with Bob Woodward on a publicity tour for Fear, his stunning White House exposé — was ripe for Maddow’s show. Pair that with Trump’s absurd response to the death toll in Puerto Rico after Hurricane Maria (he questioned it), and Maddow draws eyes.