Maher: ‘Least Important Thing We Could Pull Out of the Ocean Is That Airplane’
VIDEO

Maher: ‘Least Important Thing We Could Pull Out of the Ocean Is That Airplane’ 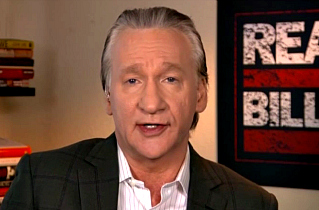 On AMERICA with Jorge Ramos Wednesday night, Bill Maher denounced the focus on MH370 given all the waste in the world’s oceans, and lamented the loss of CNN as a “down the middle” news station to “tabloid journalism.”

“I honestly think the least important thing we could pull out of the ocean is that airplane,” Maher said. “It’s been a sobering experience when one week after another we see all this debris floating around in the ocean and all this stuff we have to get out. That’s the stuff we need to get out of the ocean — oil slicks and dead whales and cargo and plastic.”

“The focus as always in America is on the wrong thing,” Maher said. “There are two parts to this story — the ocean and the plane. This I think is why human beings aren’t going to survive, because they couldn’t see which was the important one.”

Maher also criticized the profit-model for cable news, arguing it had led to polarization of networks in MSNBC and Fox News, and the tabloidization of CNN.

“Years ago news used to be a loss leader for a network,” Maher said. “They didn’t care if it made money, that’s what the entertainment programs were for. Now you see the news division has to make money and that’s why they go with the things that get the most eyeballs. Instead of telling people what they need to know, they show people what people want to see, and that’s how you get wall-to-wall coverage on CNN about a missing plane. That’s a shame because MSNBC is the liberal cable news station. Fox obviously is a conservative one. We seem to be losing the one that was right down the middle to tabloid journalism.”

Watch the clip below, via Fusion: