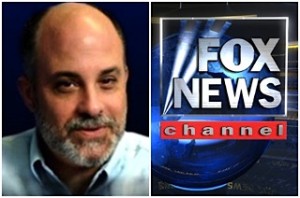 In the growing war between Fox News and the rest of “conservative” media, radio host Mark Levin picked up Monday where he left off last week, this time expanding his gripes beyond a handful of commentators to go after the network as a whole. Levin said that he doesn’t really see Fox as “conservative media” anymore but rather as “Republican media.”

The host began by remarking on just how much one can find Karl Rove on Fox’s air, saying he’s “like a bad rash, the guy never goes away.” Later, he gave his listeners a lesson about “entrenched Republicans who actually like big government, they just want to run it.”

He referred to “conservatives” as the “outsiders” who push the party in the right direction. Levin said that now, the Republican Party is actually using Fox News to try to “defeat” conservatives, “and it’s really quite remarkable.”

“I see a Republican media,” he said, referring to bigger establishment sources like Fox News that are “preaching accommodation, and surrender and moderation as conservatism.”

Levin concluded by praising President Ronald Reagan for being the type of “insurgent” conservative candidate who was able to brake through the establishment media that tried to bring him down. He said the same thing is happening now to figures like Senators Ted Cruz (R-TX) and Mike Lee (R-UT).

Cruz in particular has been facing harsh criticism on Fox News for his parliamentary tactics by everyone from Chris Wallace on during an interview Sunday to Brit Hume in an appearance this morning.