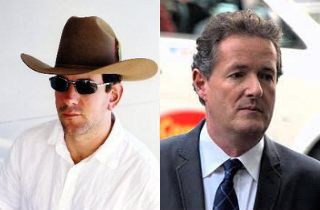 The Drudge Report’s namesake Matt Drudge rarely tweets from his personal account, but when he does it is often opinionated and/or cryptic. This afternoon, the internet proprietor took to tweeting his thoughts on CNN, asking whether network chief Jeff Zucker‘s favorable opinion of primetime host Piers Morgan signals a shift politically leftward and into “tabloid” territory.

The newsman initially tweeted his thoughts that, in the cable news market, “tabloid” journalism is “in,” and that CNN is moving to “pop” journalism in order to compete with MSNBC for “New America,” presumably meaning the younger, more Internet-savvy demographics. However, Drudge cautioned that Fox News shouldn’t be counted out of that race, because of their crafty leader in Roger Ailes:

Thoughts on 6th Ave: Tabloid is IN. Zucker moves CNN to pop, growing battle with MSNBC for ‘New America’. But never ever count FOX Ailes out

He followed it up with more thoughts on CNN’s recent changes, asking whether Zucker’s positive remarks about controversial liberal host Piers Morgan means the network wants to present itself as part of the “political left” with a “tabloid infusion.”

“Ratings bump?” he asked, suggesting that CNN’s move towards “trash” would be an attempt to drive up ratings for the network which often finishes third among the cable nets: