Matthews: All Rand Paul Had to Do Was Say, Rachel Maddow, ‘You Got Me’ 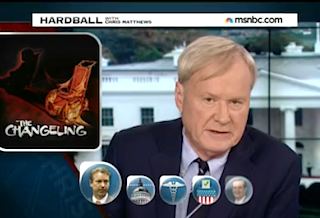 Chris Matthews came to MSNBC colleague Rachel Maddow’s defense Thursday night, after Sen. Rand Paul (R-KY) called her a “hater” for pointing out his blatant plagiarism of the Wikipedia page for the film Gattaca in a recent speech. After recapping the entire strange saga, Matthews said Paul should have said, “OK, you got me,” and the whole thing would have gone away.

MSNBC’s Jonathan Capehart agreed, saying, “All he had to do was say you know what, we messed up. She got me. I apologize. My staff will do better, and let’s move on to more substantive issues that the American people care about.” But “instead of falling on his own sword and admitting failure in this case, he attacked the messenger.”

Matthews stressed how serious of an offense plagiarism of any kind is, saying you “don’t use other people’s creative use of language and say it’s your own.” But the real “character problem” for Paul is in “not accepting blame and going after the character of Rachel Maddow, which is absurd.”

Salon’s Joan Walsh took things one step further, charging that “every sixth grader knows you don’t lift stuff from Wikipedia. People know the definition of plagiarism. I’m not sure if he’s brazen or he’s dumb and he doesn’t know the meaning of the word.”

Matthews gave Maddow the last word, playing a clip of her response to Paul from last night’s show. “I do not hate you, nor have I ever tried to spread hate on you,” Maddow said. “And I’m sorry you feel that way. But also, you didn’t borrow plot lines from these movies. You read the Wikipedia page out loud. The point is that you seem to have a frequent habit of plagiarizing parts of your speeches.”