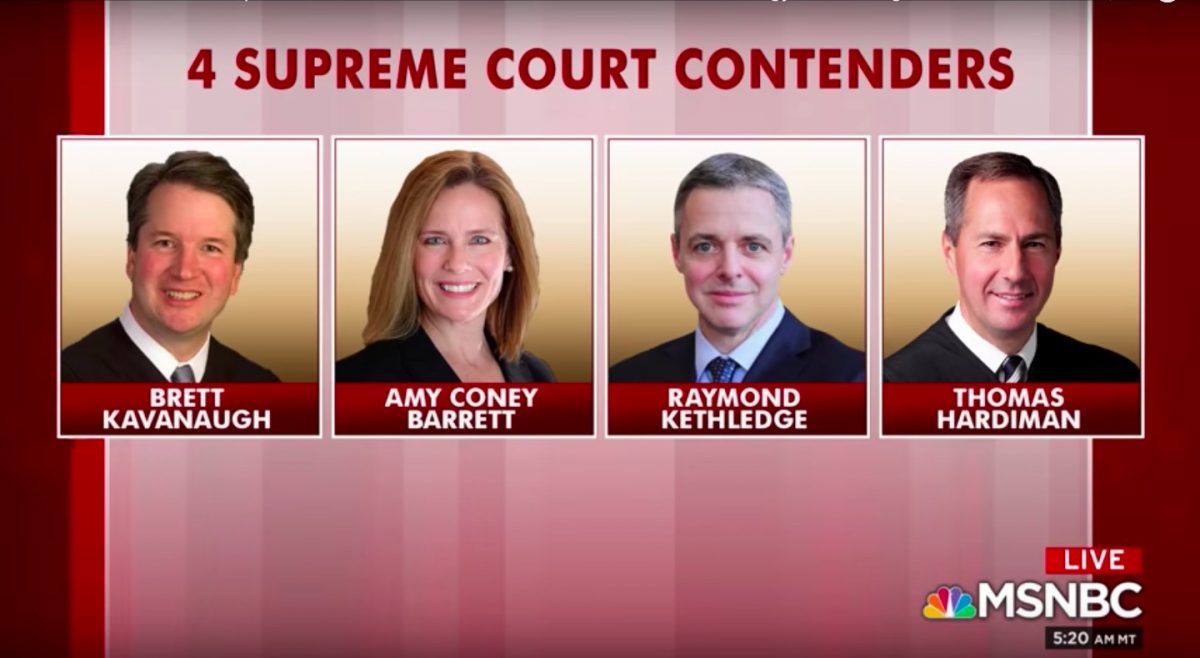 If you think President Donald Trump doesn’t have the media at top-of-mind for this SCOTUS announcement, think again – especially if you’re a member of the media.

We all know Trump loves to make a three-ring circus out of every possible political event: rallies, resignations, trade deals, foreign policy… the bigger, the more Bastille Day Parade-esque, the better. (Speaking of which, whatever happened to Trump’s enormous military parade? Oh no, forget I asked.)

So it should come as no surprise, really, that Trump is playing hardball Apprentice mind games with his SCOTUS nomination. (Not to imply by the phrase “mind games” that they’re sophisticated) It’s all about building the suspense until the next “commercial break,” as it were. “I’m going to announce on Monday!” POTUS says, dangling a shortlist of twenty, then three, then four likely names in front of America’s face. Who’s it gonna be? Barrett? Kethledge? Kavanaugh? Hardiman? In a matter of weeks, these names have become almost as recognizable to the American ear as LeBron. (Okay, bit of an exaggeration there, but you get the idea.)

And the media’s absolutely sprinting with it: Legal analysts and pundits galore have been flocking to the networks from the earliest hours to the heady glow of primetime to sound off on who will be the most likely pick for the bench. Here’s this one’s jurisprudence; here’s that one’s religious background. It’s a cacophony of voices over who will be named to the highest court in the land.

Here’s the problem, though: In all likelihood, Trump already knows who he’s going to pick and why should we believe that it actually came down to that “final four?”

In fact, he probably decided before Justice Anthony Kennedy announced his retirement. Sure, the president’s incredibly malleable: If he learned that Barack Obama despised a particular justice more than the others he’d probably punt his nominee hopeful into the bushes of the Rose Garden to make way for that one. (Credit for that idea to my colleague, Josh Feldman.) But for something like this, something so tied to a president’s legacy, he probably had a guy or gal in his back pocket whom he absolutely knows will vote along the party line – or at least along the Trump line, whatever that is. Regardless, have we not learned our lesson with this President that what he says is not always what he does or will do?

So why is the media running itself ragged trying to determine who is the most likely candidate to be announced tonight out of the four (or maybe now two) instead of taking the whole rigamarole of “here’s the SCOTUS nomination quarterfinalists!” with a massive chunk of sodium chloride?

Answer: The media loves this.

Trump is regrettably correct about one thing: He brings in the ratings. He’s a media magnet because covering him pays off – literally. The networks want to buy into the SCOTUS craze just as much as Trump does, and Trump is just making it abundantly easier by narrowing down the contestants and ratcheting up the suspense himself.

Take Trump out of this equation and the media would still frantically be making possible shortlists of candidates, debating their pros and cons, and desperately looking to make the American viewers care about the lead-up to the big reveal. Put Trump in it, and the decision is that much more hyped up and that much less reliable. In other words: Stick the presidential seal on the speculation and there’s a veneer of authority to this list which makes it much more than simple guesswork.

Think of it this way: Looking back at the speculation over who Obama would choose to replace the late Antonin Scalia, the biggest names in contention were Jane Kelly, Sri Srinivasan, and Paul Watford. Garland was thought to be an outside chance, more of a political play, and that’s what Obama went for. But 44 wasn’t out there baiting the public with when exactly he would be revealing the name of his nominee days in advance – and no one would have dreamt that he would make an announcement like that at 9 PM EST, smack in the middle of primetime, like Trump will do. (Coincidence? Hell no.)

The kind of excitement Trump is drumming up around this SCOTUS pick is an unqualified boon for the networks. But judging by their round-the-clock coverage that hits all of the notes Trump wants, they’re being played by him far more than they’re helping themselves or the American public.