Media Spectacle Preview: 9/11 Conspirators To Be Tried In NYC
video

Media Spectacle Preview: 9/11 Conspirators To Be Tried In NYC 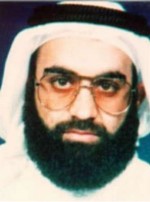 Attorney General Eric Holder‘s decision to bring Khalid Sheikh Mohammed and four others detained at Guantanamo Bay, Cuba, to trial at a New York City courthouse was received with mixed reaction Friday, both on the political spectrum and in the media world. There are many parts to this story and so as a service to you, let’s review where this story has been and where its likely to go, at least in the world of the opinion press.

The core of the debate — and what we can expect to hear in the coming weeks and months — seems to center around a few basic ideas, namely Guantanamo Bay, torture and language.

Some have made the argument that the Obama administration is trying to demonstrate the American justice system to the extremists, or the developing nation’s from where many of these extremists come. And while this story is sure to garner a ton of attention in the Fata regions of Pakistan, for example, critics of this concept point out that is a non-starter. The appreciation of habeus corpus and a jury of one’s peers hasn’t worked too well so far, at least in the eyes of the those responsible for 9/11.

More likely, the Justice department is simply looking for an end game. If you believe, as some interpret the Constitution — that nobody can be held without a fair trial — then these guys must be tried. The risk here is that somehow they will be acquitted, though we’ve all read that Mohammed has admitted to being responsible for the planning of 9/11. But will that admission hold up given that we also know that he confessed while being water-boarded — which, is either torture or “harsh interrogation techniques,” depending on which networks you’re watching or what you’re reading?

Will Mohammed’s testimony hold up? And what happens if the trial is dismissed or he is acquitted? How can we detain a guy that we can’t prove, without a shadow of a doubt, to be guilty under the American system.

The way that this debate evolves has as much to do with language as politics and law. Are we at war? If we are at war and these are prisoners of war, aren’t we supposed to return them to their country according to the Geneva Convention? But they do not come from a “nation” as defined by the Geneva convention. So then, are we really at war — and if so, with whom? This leads some to say that we are trying these individuals criminally, which is a huge hot-button word on this subject.

Mediaite publisher Dan Abrams — also NBC’s chief legal analyst — addressed these very issues on MSNBC, calling the decision to try the suspects in a civilian court as opposed to a military commission “a tough call.” Check out the clip below:

And beyond the obvious political implications, questions of rhetoric and fairness also arise.

>>>NEXT: Can Sheikh Mohammed possibly receive a fair trial?