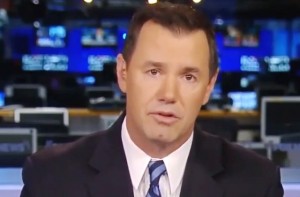 Mediaite columnist Joe Concha joined Fox’s Howard Kurtz on MediaBuzz this morning to argue that cable news’ coverage of terrorism is an honest reflection of people’s fears and not necessarily “overdramatizing,” as Kurtz put it.

He told Kurtz that Brussels was definitely a moment where the media got serious, and away from the silly campaign fights, because “the fear is very real.”

He was at an airport just days ago and said there was a pretty clear sense of paranoia in the wake of a major terrorist attack in Brussels, and the fear has “nothing to do with cable news coverage of fear-mongering by the media.”

Concha brought up how mere months ago, President Obama had been talking about media coverage of terrorism in the context of wanting to gin up fear for ratings.

The fear exists, Concha said, because ISIS has shown they can attack anywhere:

“You look at the diversity of soft targets where terror attacks have recently happened. In Paris, it was at a cafe. Outside a soccer stadium, at a rock concert hall. In San Bernardino, at an office Christmas Party. And then in Brussels, in an airport before the security checkpoint and in a subway. Think of it. If you’re just a regular person in New York or even a suburb like San Bernardino, ISIS has shown it can attack anywhere, anytime. So it’s not cable news saying this is a problem. This IS a problem. It’s reality.”