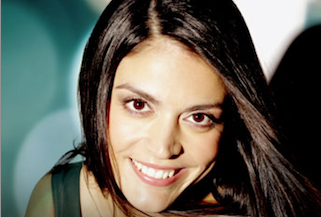 Saturday Night Live starts its 39th season tomorrow night and it’s going to be a major transition year for the show. This past spring, the show saw the departures of Bill Hader, Fred Armisen and Jason Sudeikis just one year after it lost Kristen Wiig and Andy Samberg. And on top of that, Seth Meyers is set to leave the show to take over Jimmy Fallon’s Late Night in February. That leaves a cast of mostly untested players and a serious rebuilding year for the show.

At least one of the lingering questions about the new season was answered earlier this month when Lorne Michaels revealed, along with announcing the new featured players, that the excellent Cecily Strong would be joining Meyers at the Weekend Update desk as co-host, and potentially taking over for him entirely when he starts Late Night. Of course, Michaels also hinted that he would be happy to have Meyers stay behind the desk with Strong even after he starts his new show if he’s up for it, a move that would link the two Michaels-produced NBC shows even further.

Strong will make her Weekend Update debut this Saturday and SNL followers will be watching closely. I’m also personally hoping for a Fox & Friends cold open with Strong taking on the new Elisabeth Hasselbeck role with a special pre-monologue appearance by Tina Fey as Sarah Palin. But before any of that happens, here’s a look back at the best sketches from Strong’s first season on the show.