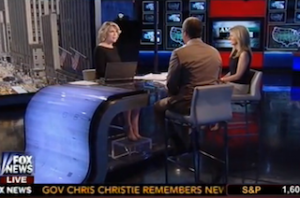 Thursday on America Live, Fox News’ Megyn Kelly revisited a topic that she has found herself in the center of in recent weeks: traditional gender roles. Kelly and her guests discussed recent comments made by Rep. Phil Gingrey (R-GA) during a debate on the Defense of Marriage Act. Neither member of her bi-partisan panel agreed with Gingrey’s statements, but they had very different reasons for those disagreements.

Gingrey had proposed classes “at the grade school level” in which boys learn “what a father does that is maybe a little different, maybe a little bit better than the talents that a mom has in a certain area. And girls learn “this is what a mom does, and this is what is important from the standpoint of that union which we call marriage.”

Kelly asked her guests if this was, as some of the left have been suggesting, “further evidence of Republican lawmakers that are out of touch and hate woman”?

Fox contributor Monica Crowley said she agreed with Gingrey that when “children have both a father and mother, they tend to thrive better.” But, she added, “he lost me when he started veering into, well maybe schools should be teaching classes on proper gender roles.” She called those “value issues” that should be taught by parents, not schools. Crowley also questioned who would be decided what these proper gender roles are. “Should the government be the arbiter of that?” she asked. “I think the Republican Party is supposed to be the party of less government intrusion.”

Dan Gerstein, a Democrat who worked for former Senator Joe Lieberman, thought Gingrey was wrong for a different reason. It seems like Gingrey “didn’t get the memo,” he said, that they should “stop being the stupid party.” Gerstein called Gingrey’s comments “an implicit attack on working women.”

When Gerstein tied Gingrey’s comments to a larger “line of thought” from southern conservatives, Kelly brought up her recent debate with Erick Erickson over his ideas about the “dominant” gender. But she noted that Erickson and Lou Dobbs were commentators, not lawmakers.

Crowley then pivoted back, defending the “fundamental basis of truth in the essence” of what people like Erickson and Gingrey have been saying. She argued that they can continue to make their arguments about how children benefit from having a mother and father, “without turning it into a war on women.”