Melissa Harris-Perry Responds To George Will: ‘I Hereby Give You Permission To Set Down The White Man’s Burden’
Video

Melissa Harris-Perry Responds To George Will: ‘I Hereby Give You Permission To Set Down The White Man’s Burden’ 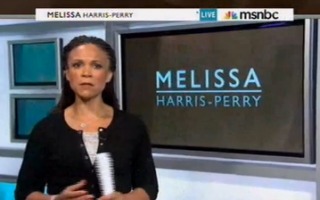 Chances are, if you’re an avid cable news viewer (or a fan of Stephen Colbert), you’re aware that conservative columnist George Will recently wrote that American voters seem “especially reluctant not to give up on the first African American president.”

Well, MSNBC’s Melissa Harris-Perry has a few thoughts about that that she chose to share directly with Will (and with us) in the form of a letter.

RELATED: George Will: Americans Do Not Want ‘To Give Up On The First African American President’

“Let’s be clear,” she told Will, speaking directly into the camera, “I disagree with your assessment of the Obama administration, but the first part of your argument is reasonable; it’s based in empirics. You convincingly demonstrate that Americans have had a tough time fiscally in the past four years. I might disagree with you about the causal relationships between the economic factors you cite and the Obama administration, but I don’t argue with your data which means I hope you won’t quibble with the new data released just yesterday showing that unemployment fell to 7.8% and also offering upward revisions of job growth and an additional 114,00 jobs created last month. But here’s the point, George. After a reasonable start, you went off the rails..”.

Harris-Perry then told Will that his choice of the word “benign” in his piece was noteworthy given that what he’s really saying is something a bit more… sinister:

You suspect something is amiss when, even after the President’s meager performance in Wednesday’s debate, he still enjoys a 46% to 44% lead over challenger Mitt Romney. You see, George, I don’t think it’s all that much of a paradox. It could be that Democrats have effectively linked Romney with candidates, elected officias, and policies that represent the extreme anti-reproductive rights initiatives in the republican party. That big old gender gap could be because of “Transvaginal McDonald,” “Legitimate Rape Akin,” and “No Pills Santorum.” Or, George, perhaps it’s that Mr. Romney chose a running mate that advocates transforming Medicare into a voucher system. That just might have caused reliably conservative seniors to reconsider their willingness to support the President. And George, it could be that, until Wednesday night, Mitt Romney had run a breathtakingly uninspiring campaign, pockmarked with gaffes and inconsistencies and evasion. But, no, George, you took none of this into account. Instead, you wrote that the President’s lead is solid because — I’m not sure if anyone else has noticed this — because the President is black.

You say the nation — which is generally reluctant to declare a president a failure, thereby admitting that it made a mistake in choosing him — seems reluctant to give up on the first African-American president. Right! Because we all know that black men hold an unfair advantage in the labor market. You can see the evidence of it all around you. After decades of racial goodwill, shown to black workers as a result of the unfairly imposed guilt trip by radical race card-playing media types like me, black workers now have an unemployment rate of 13.4%. Right. Racial guilt, that’s it.

Well, here’s the deal, George. I hereby give you permission to set down the white man’s burden. If you don’t want to vote for the president, don’t! Plenty of other voters seem to have found actual reasons to support him.

Have a look at her letter to Will, via MSNBC: