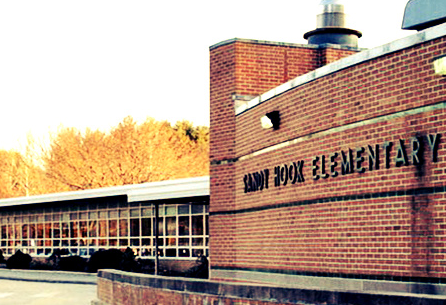 Newtown residents are asking the media to stay away this Saturday. The day, December 14th, marks the somber one-year anniversary of the despicable mass shooting at Sandy Hook Elementary School that killed 26 people, including 20 small children.

And if the media were wise, they would do exactly that.

The logic behind this request stems from the same thought process around the Newtown 911 tapes released last week that can be summed up in three simple words:

“We don’t need to be reminded. We don’t need to re-live it,” Newtown First Selectman Pat Llodra says. “We were hurt very badly last year as you all know… We carry it with us, so we are trying to say to the world, ‘please give us the chance to grow into that really happy healthy place that loves children and families, that has great schools.’ We know who we are, but we need you to help us get there by please staying away.”

But the media has a job to do, right? It just can’t ignore what some argue was the most devastating event to hit this country since 9/11. It’s their/our responsibility to cover the story, to interview the family members of those lost… to re-open the gun debate. It just can’t be ignored.

But all of the aforementioned items can be covered without stepping foot into Newtown itself.

Got an interview with a Mom or Dad who lost their child that day? Feel free to meet at a location outside of the city limits. Want to talk about guns? A New York or Washington studio will be happy to accommodate you.

Viewers will appreciate any media outlet showing some restraint here, all in the same way they appreciate never showing the 9/11 jumpers in any capacity. Know this: The outlets that stay away will be applauded almost unanimously by its viewers for doing so. Those who ignore and charge ahead in an obvious attempt to exploit an event that should never, ever be exploited absolutely deserve to be slammed and shamed.

As of this writing (Monday, Dec. 9th), CNN and USA Today have already declared they will not report from Newtown. ABC and NBC News–who rightly chose not to play the Newtown 911 tapes–have followed suit.

If the rest of the media were smart, they’d make the same decision.