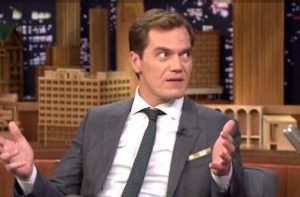 If you voted for President-Elect Donald Trump, maybe stay away from Michael Shannon for a while. In a recent interview with RogerEbert.com about his new film Nocturnal Animals, when asked about the election, he totally unleashed on Trump and his supporters. First, he said he wasn’t pleased that the “Orange Man” is going to be in charge.

“I don’t know how people got so goddamn stupid,” he continued.

But it’s really weird, because it’s like the last eight years, now it feels like a lie. Like, this has been festering underneath the whole time. Racists, sexists. And a lot of these people, they don’t know why the f*ck they’re alive… So this Trump thing is like getting a box of firecrackers, or something. It’s like, ‘Well, this will be fun for a little while, this’ll kill some time.’ Because, y’know, the jackass will be amusing on television, stay stupid sh*t…. It’s the worst thing that’s ever happened. It’s the worst.

Find the full interview on RogerEbert.com.