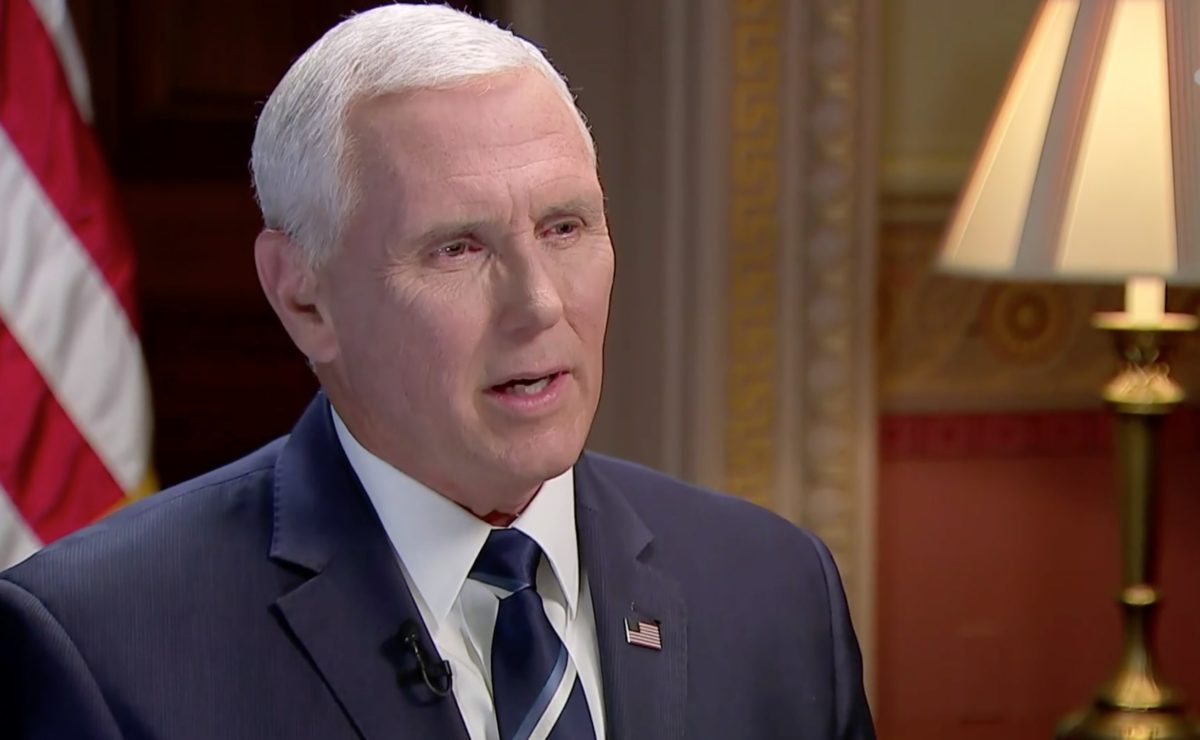 Vice President Mike Pence confirmed that the Trump Administration banned U.S. embassies from flying the rainbow flag for LGBT pride month, approving the decision in an interview with NBC.

Reports emerged last week saying that the State Department refused requests from multiple U.S. embassies to raise the rainbow flag on their flagpoles. In a broad range interview with Kristen Welker on Monday, Pence was asked if he knew about this, and he answered: “I’m aware that the State Department indicated that on the flagpole of our American embassies that one flag should fly, and that’s the American flag, and I support that.”

Despite President Donald Trump‘s claim that his administration is launching an effort to decriminalize homosexuality worldwide, critics often point to White House policies to question the president’s sincerity as a supposed ally to the LGBT community. Welker noted that the flag ban seems to run counter to the president tweeting in celebration of pride month, but Pence continued to say that it was “the right decision.”

“As the president said on the night we were elected, we’re proud to be able to serve every American,” Pence said. “We both feel that way very passionately, but when it comes to the American flagpole and American embassies and capitals around the world, having the one American flag fly is the right decision.”

While the ban applies to embassy flagpoles, consulates are allowed to show the flag in other locations on their grounds.