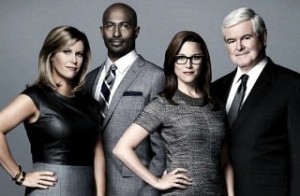 CNN’s new version of Crossfire debuted Monday evening at #2 in the 25-54 demo and #3 in total viewers. The 6:30pm broadcast had 169K in the demo, while Fox’s Special Report with Bret Baier was #1 376K. In total viewers, Crossfire had 582K behind Baier with 2.351M and MSNBC’s PoliticsNation with Al Sharpton with 623K.

Interestingly, in the demo, the show gained viewers from The Situation Room with Wolf Blitzer, which had 124K between 6 and 6:30pm. However, in total viewers, the show lost viewers, dropping from Blitzer’s 602K.