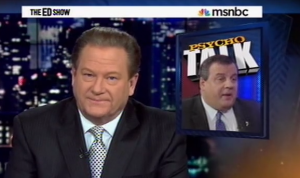 On Monday night, Rachel Maddow ruled MSNBC’s slate in the 25-to-54 year-old demo, pulling in 267,000 viewers, while Ed Schultz was the best on MSNBCs slate with total viewers, drawing an estimated 1.134 million.

After a ratings bonanza over the weekend with their Whitney Houston coverage, CNN fell back into third place overall in the demo, averaging 139,000 over the entire day, and 203,000 in prime time. Good news for CNN? Piers Morgan continues his strong ratings, pulling in 200,000 demo viewers on Monday night.