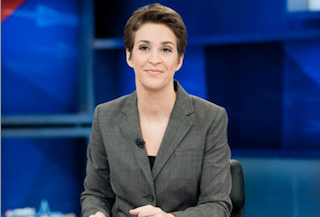 The Rachel Maddow Show, which has long been MSNBC’s ratings leader at 9pm, came in fourth place on that network Monday night in the 25-54 demo with 200K viewers. Hardball with Chris Matthews was first with 247K, followed by The Last Word with Lawrence O’Donnell with 221K and PoliticsNation with Al Sharpton with 204K.

Rachel Maddow did better in total viewers, coming in second with 768K, with only Matthews ahead of her with 917K.