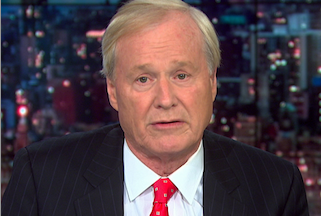 On its first night at 7pm, Fox’s On The Record with Greta Van Susteren came in second in the 25-54 demo behind MSNBC’s Hardball with Chris Matthews. Matthews, who himself has only been airing new shows at 7pm since August had 377K in the demo, while Van Susteren had 359K. That made Matthews’ show the highest-rated hour of the night on MSNBC in the demo and total viewers.