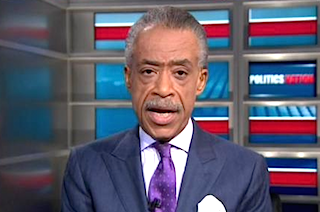 MSNBC’s PoliticsNation with Al Sharpton was the lowest-rated show in the 25-54 demo across the three big cable news networks on Monday between the hours of 5 p.m. and midnight ET. Al Sharpton‘s program had just 55K viewers in the demo, coming in third place in his 6 p.m. time slot behind Fox News’ Special Report with Bret Baier (312K) and CNN’s The Situation Room with Wolf Blitzer (146K).